Rural rents jump as tenants escape to the country 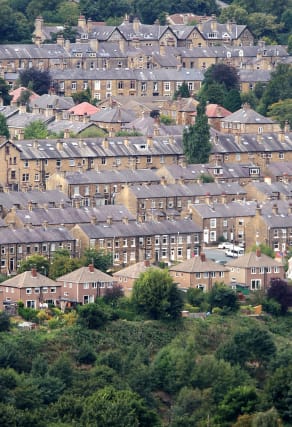 Rental prices in Britain’s countryside have increased by around 5% over the past year, but have fallen by around 5% in cities, according to an index.

Rural rents increased by 5.5% annually in October to £919 per month on average, Hamptons International said.

Tenants can save 31% or £417 per month typically by swapping city living for the good life in the country, the index of private sector rental prices found.

But as strong demand for rural properties pushes rents higher, the potential savings to be made from escaping to the country are getting smaller, the report said.

Rents have also been pushed up in the suburbs as renters have searched for more space during the coronavirus crisis.

Rental prices in small towns and suburbs have increased by 2.2% over the past year to reach £942 per month on average.

By contrast, rents in city locations have fallen by 5.3% annually to £1,336 per month typically. This includes a plunge of nearly 15% in rental prices in inner London.

The trend is a reversal of a year ago. In October 2019, rents in cities were increasing by 6.1% year-on-year and by 0.5% in the countryside.

Overall, the average cost of a newly let property in Britain was £1,041 per month in October, up 1.4% on the same month last year, marking the first annual rise since March 2020.

Hamptons said the demand for countryside properties has driven this increase in rental growth.

There were 29% more homes available to rent in cities and 48% fewer to rent in the country during October than at the same time last year.

“But the shift in tenant preferences since the spread of Covid-19 has meant that rents are now rising faster in country rather than in city locations.”

Hamptons said northern England and the South West of England are experiencing the biggest jumps in rents, which have increased by 5.9% over the past year in both areas.

By contrast, rents in inner London have plunged by 14.9% annually.

In Scotland, rental prices are 3.8% higher than a year ago and in Wales they have edged down by 0.4%.

Ms Beveridge continued: “The flexibility of the rental market has meant that while some renters have decided to make a permanent move out of cities in search of more space, others have moved out temporarily.

“The opportunity to work from home means tenants can save while paying less rent in more rural areas. As a result, the gap between rents in cities and the countryside is closing.

“Tenants making the move from city to country last month spent 31% less on rent, down from a 38% saving in October 2019.

“But it seems as though these changes have been firmly priced in and we expect the gap to widen again next year.

“This change in tenant preference is one of the reasons why rents in inner London are falling so much.

“Outside of the capital, rents are rising quickly. Rents in the North of England reached new record highs and the South West recorded the strongest growth in five years.”

Here are average monthly rents across Britain in October and the annual change, according to Hamptons International: