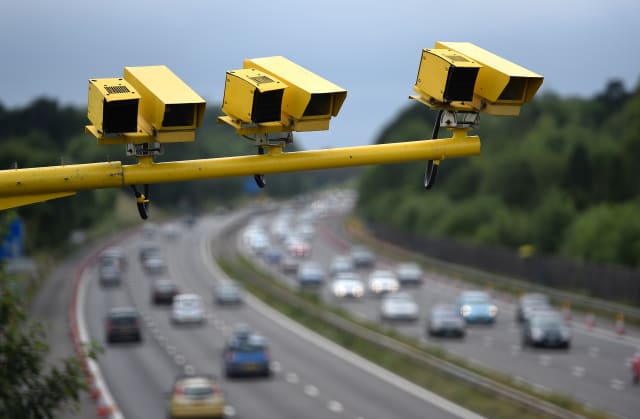 One in six (18%) drivers admits to speeding above 100mph, a new survey suggests.

The figure rises to 33% for those aged 25-34 and to 28% for male drivers, the poll of 2,000 UK motorists commissioned by road safety charity Brake indicated.

The charity also analysed data revealing the most extreme speeds recorded by police last year, to mark the start of its Road Safety Week.

The top speed was a vehicle doing 180mph on a motorway in Nottinghamshire, while the highest speed in excess of the limit was 152mph in a 30mph zone, clocked by the Metropolitan Police.

Forty-four people were killed and a further 143 were seriously injured in crashes on Britain’s roads in 2019 in which speeding was a contributory factor, Department for Transport figures show.

Brake director of campaigns Joshua Harris said: “There is no excuse for breaking the speed limit and these figures highlight the grossly excessive speeds of some drivers who show complete disregard for the law and people’s safety.

“None of us should be put in danger by the high-risk behaviour of others when we’re getting about on roads, and that’s why, this Road Safety Week, we are asking everyone to join us in our call that there is no need to speed.

“Many drivers drift over limits by mistake but our research shows that a shockingly large number of drivers, particularly men, break speed limits excessively.

“We want all drivers to remember the daily disasters that are due to speed, think about the victims, slow down and reduce road danger.”

“For this reason, there are tough penalties and strict enforcement measures in place for those who disobey the law.

“We’re working hard to change attitudes that lead to speeding, including through our Think! campaign which targets young men.”

Neil Greig, policy and research director at charity IAM RoadSmart, said: “There is no excuse for these ridiculously high speeds which are symptom of pure criminality rather than simply bad driving.

“The majority of UK drivers understand the need for speed limits and do their best to stick with them.

“Regrettably appealing to the better nature of the sort of drivers highlighted in these terrible case studies is not going to work.

“For really high end speeding, the best solution, in IAM RoadSmart’s view, is high profile policing of the type we saw in London during lockdown.”