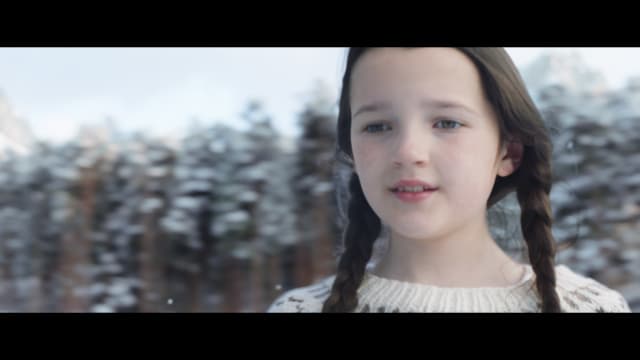 O2 has released its 2020 Christmas advert featuring a 10-year-old ice skater from Dundee.

The 60-second ad premiered on Saturday evening during ITV’s The Voice.

It shows Darcy Murdoch skating in a winter landscape alongside Bubl, the network’s robot mascot.

Darcy has been a competitive ice skater since she was five years old and filmed the ad on an ice rink specially built for the shoot.

O2 said its campaign was inspired by its partnership with children’s charity NSPCC.

Nina Bibby, chief marketing officer at O2, said: “Our story brings to life the power of imagination, and the importance of connectivity at a time when we might be apart from the people and things we love.”