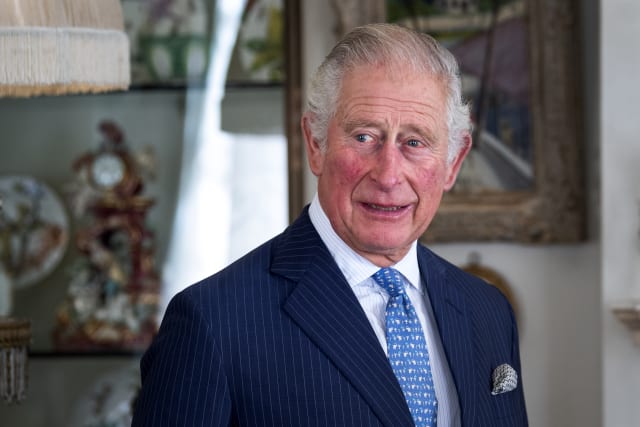 Clarence House has celebrated the 72nd birthday of the Prince of Wales with an autumnal snap of Charles wearing a kilt.

The official Twitter and Instagram accounts for the prince and the Duchess of Cornwall shared the picture to mark the occasion, with Charles shown smiling towards the camera as he stands next to a tree.

Alongside the picture, the Clarence House account wrote: “Thank you for all the well wishes on The Prince of Wales’s 72nd Birthday!”

Charles has been busy supporting the Queen during Remembrance week – as he does every year – and is expected to mark his personal milestone privately.

Last weekend on Remembrance Sunday, the prince laid a wreath at the Cenotaph in honour of the country’s war dead on behalf of the Queen.

During 2020, the heir to the throne has seen the Duke and Duchess of Sussex step down from official royal duties and move to America, and experienced coronavirus first hand, contracting the virus in March.

Like the rest of the royal family, he adapted his engagements during the first national lockdown, taking them online by holding video calls and posting messages of support on social media.

The eldest child of the Queen and the Duke of Edinburgh, Prince Charles Philip Arthur George was born at Buckingham Palace on November 14 1948, weighing 7lb 6oz.

He became heir apparent on the death of his grandfather King George VI, when his mother succeeded to the throne on February 6 1952 when he was three.

Charles, who is patron of more than 400 organisations, is the oldest heir to the throne for more than 300 years.

The Duke and Duchess of Cambridge were among those to send birthday wishes, with a picture of a smiling Charles posted on their official Instagram and Twitter accounts to mark the occasion.

The royal family’s official Twitter account posted two pictures of the Queen with Charles  – one where the prince is a baby sitting on his mother’s knee, and another of the pair laughing at the Highland Games in 2016.

Alongside a balloon and birthday cake emoji, the account said: “Wishing The Prince of Wales a very happy birthday today!”

Gun salutes would normally be fired in celebration of Charles’s birthday from Green Park, the Tower of London and other locations around the country.

But a Ministry of Defence spokeswoman said Covid restrictions meant they would not take place this year.

She said: “We can confirm that, following consultation with key stakeholders, ceremonial gunfire from all saluting stations continues to be temporarily suspended due to national Covid-19 restrictions.

“As such, the gun salute due to take place on Saturday 14 November for the birthday of His Royal Highness the Prince of Wales will now not take place.

“Future such events will continue to be regularly reviewed in conjunction with current Government Covid-related guidance.”