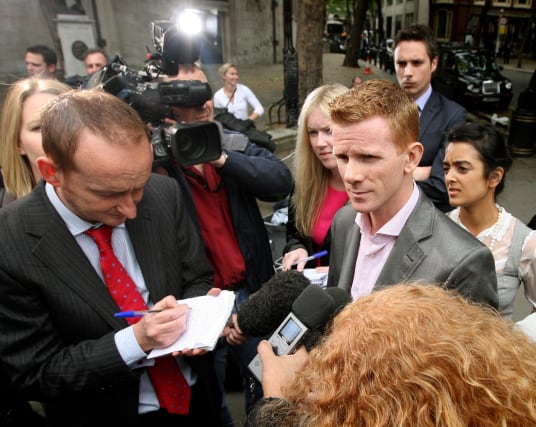 The son of the Yorkshire Ripper's first recognised victim said he reached out to the serial killer's brother "to offer my condolences" after hearing the news of his death.

Richard McCann was only five years old when his mother, Wilma McCann, was murdered in 1975.

He revealed he had been in touch with one of Peter Sutcliffe's brothers, Carl, following the news that the murderer had died in prison on Friday.

Mr McCann told the BBC: "I gave him a call when I got the news to offer my condolences.

"I know he obviously did some horrendous things but he was still his brother so I felt like I wanted to call him."

He said news of Sutcliffe's death had brought him "some degree of closure", but that he had never wished him dead, nor was he celebrating the news.

He said: "Every time we hear a news story about him, and my mum's photo is often shown, it's just another reminder of what he did."

He said "one positive" to come from Sutcliffe's death is that "we'll hear much less about him, and no more reminders about what happened all those years ago".

A mother of four, Wilma McCann was just 28 when she was killed on playing fields in Chapeltown, Leeds, just yards from her home.

Her son said he was left terrified after his mother's death, and when Sutcliffe killed Jayne MacDonald, who also lived in his street.

Mr McCann said: "I was convinced as a child, having had no therapy of any description, that he was out there and that he was going to kill me."

He added: "It really affected me. I was ashamed of being associated with Sutcliffe and all his crimes and, possibly, to do with the way that lots of people in society looked down, and the police and some of the media – describing some of the women as innocent and some not so innocent.

"I'm sorry to harp on about this but I've had to live with that shame for all these years.

"There's only one person that should have felt any shame – although I doubt that he did – and that was Peter Sutcliffe."