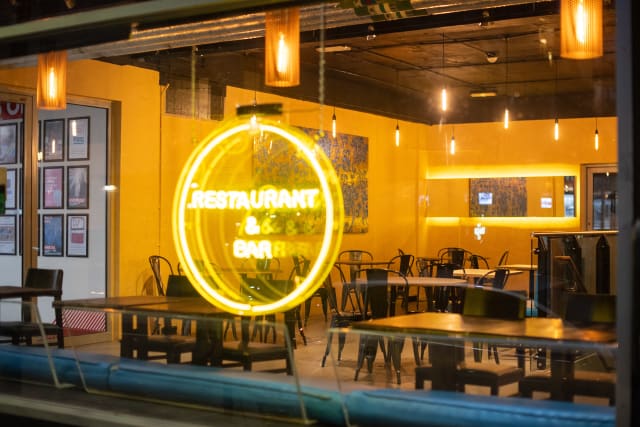 Returning to the tiered system of coronavirus restrictions in England after the lockdown comes to an end will see infections rise again, scientists have warned.

Any hopes of families gathering at Christmas will also be dependent on the reproduction rate of the disease staying below one for “some time”, according to documents released by the Scientific Advisory Group for Emergencies (Sage).

A document from the science advisers, dated November 4, said: “If England returns to the same application of the tiering system in place before November 5, then transmission will return to the same rate of increase as today.”

Other papers from late October suggested that in a scenario where prevalence of infections is “low and controlled”, and where NHS Test and Trace “can play a big role in containing outbreaks”, there is scope for a loosening of social distancing rules over Christmas for a “limited time”, the experts said.

For this to happen, “rapid and decisive interventions” must push R well below one and “maintain that for some time”.

However in other “high and controlled” cases scenarios there would be “little to no scope for loosening of social distancing rules over Christmas”.

Welsh leaders said guidance will be issued ahead of the festive period to keep people safe.

Welsh health minister Vaughan Gething told a Cardiff press conference: “We’ll be looking at whether we can do things about the numbers of people who meet indoors together because often – whether you celebrate Christmas as a religious event or not – it’s still a time of the year when people want to gather together and it’s often more difficult to do so outdoors than in.”

Scottish figures also warned of the potential need for “more dramatic action” in some areas to curb the spread of infections.

Deputy First Minister John Swinney confirmed the Scottish Government is talking to local leaders in both the Greater Glasgow and Clyde and Lanarkshire health board areas about the prospect of moving them from Level 3 to Level 4 – the highest level of restrictions in Scotland’s five-tier system.

Such a move would close non-essential shops as well as bars, restaurants, gyms, hairdressers and visitor attractions.

Elsewhere, the Government said a further 376 people had died within 28 days of testing positive for Covid-19.

As of 9am on Friday, there have also been a further 27,301 lab-confirmed cases of coronavirus in the UK, down from 33,470 on Thursday.

Ministers also confirmed that care home residents in some areas of southern England will be able to receive regular in-person visits as a new testing pilot is rolled out.

The pilot launching on Monday will take place in 20 care homes across Hampshire, Devon and Cornwall. But the scheme will be rolled out to other regions before Christmas, according to the Department of Health and Social Care.

The tests – offered to one family member or friend for each resident – could put an end to what Health Secretary Matt Hancock labelled as “heartbreaking” restrictions on visits, when used in combination with other protective measures such as PPE.

Weather warnings over snow for parts of UK