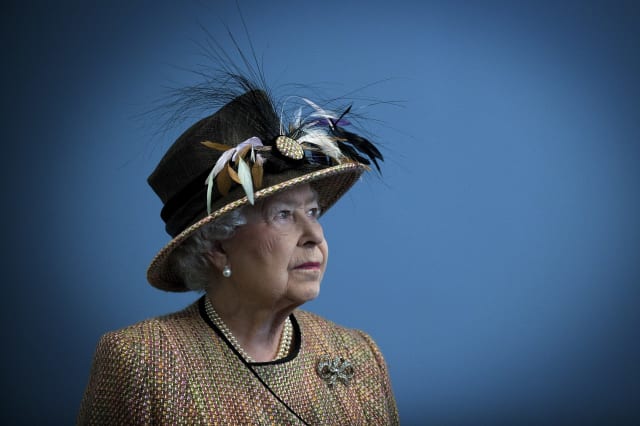 Plans for the Queen's Platinum Jubilee show she is ready to continue to serve until the 'bitter end', according to a royal historian.

Robert Lacey, author of Battle of Brothers, said the announcement of a four-day celebration to mark 70 years on the throne in 2022 shows the Queen is not going to give up her role.

Lacey told Good Morning Britain: "The Jubilee shows that the Queen is determined to go on to the bitter end - let's not hope it will be bitter.

"There is such loyalty and respect for the Queen, when we look to the future and say who can duplicate that, could it really be King Charles III and Queen Camilla?

"Or would it not much better be William and Kate who are already the focus of enormous popularity and clearly stepping into the role of future sovereign.

"But we saw this week Prince Charles laying a wreath on his mother's behalf. There's more and more that Prince Charles is stepping into the role of the Queen.

"This weekend he is going to Berlin for the first time to represent the British state and monarchy at a German commemoration of the war dead. That is just the sort of building of bridges that Prince Charles is good at.

"I don't think he will step down from the destiny he's waited for his whole life."

READ MORE: MPs and Lords to pay for Queen's gift to celebrate her platinum jubilee

When the Queen acceded to the throne she pledged to give her whole life "long or short" to service.

But as she gets older, speculation grows about whether she would give up the role in favour of Charles, who, at nearly 72, is still waiting to carry out the job he was born to do.

This week it was announced that plans are being set out to celebrate the Queen's Platinum Jubilee. She will reach 70 years on the throne in February 2022.

Britons will get an extra day off that year, as the late May Bank Holiday is moved to the first week in June and an additional one put in to give a four-day weekend.

While Oliver Dowden, the Culture Secretary, was reluctant to give too much away in the House of Commons this week, he did say there was likely to be a tree planting programme to mark the occasion.

He added: "The one thing I might resist committing to given our experience of 2012 and the Diamond Jubilee is doing anything on the River Thames again."

MPs will also club together with members of the Lords to buy her a Jubilee present, similar to the window and fountain she received in previous years.

The present will be entirely funded by donations from members of both parliamentary houses and won't include any public funding.