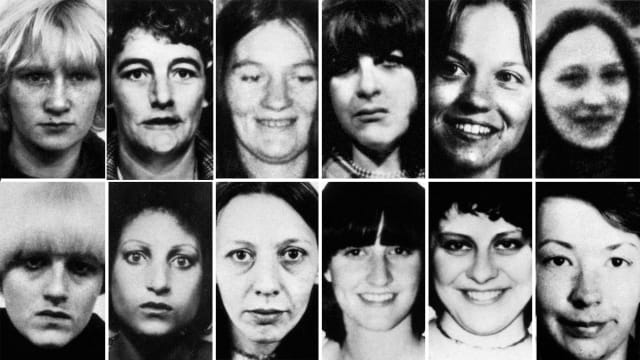 A chief constable has apologised to relatives of Peter Sutcliffe’s victims for the “distress and anxiety” caused by the “language, tone and terminology used by senior officers at the time”.

West Yorkshire chief John Robins made his “heartfelt apology” after Richard McCann – the son of Wilma McCann who was murdered by Sutcliffe in 1975 – asked West Yorkshire Police to say sorry for the language used to refer to his mother 45 years ago.

Mr McCann said that when 16-year-old Jayne MacDonald was killed in 1977, officers referred to her as the first “innocent” victim.

Mr McCann said he wanted the force to apologise “once and for all”, telling Sky News: “My mum was completely innocent and deserved to live.”

On Friday, Mr Robins said: “On behalf of West Yorkshire Police, I apologise for the additional distress and anxiety caused to all relatives by the language, tone and terminology used by senior officers at the time in relation to Peter Sutcliffe’s victims.

“Such language and attitudes may have reflected wider societal attitudes of the day but it was as wrong then as it is now.

“A huge number of officers worked to identify and bring Peter Sutcliffe to justice and it is a shame that their hard work was overshadowed by the language of senior officers used at the time, the effect of which is still felt today by surviving relatives.

“Thankfully those attitudes are consigned to history and our approach today is wholly victim focused, putting them at the centre of everything we do.”

Detectives have been criticised – alongside journalists and even the attorney general who prosecuted Peter Sutcliffe – for dismissing many of those who died as prostitutes.

And senior officers’ preoccupation that the Ripper was only targeting sex workers is seen as one of the many crucial wrong turns taken in the flawed 1970s investigation.

At Sutcliffe’s trial, prosecutor Sir Michael Havers, who was the attorney general at the time, said: “Some were prostitutes but perhaps the saddest part of the case is that some were not.

“The last six attacks were on totally respectable women.”

Retired detective Roger Parnell, who worked on the Ripper inquiry, rejected accusations the officers “did not care less” about prostitute victims.

He told BBC Radio 5Live on Friday: “We certainly did, I can assure you we did.

“These ladies were wives, they were mothers, they were sisters. And the inquiry did not change at the murder of Jayne MacDonald.

“We were all determined from the beginning to catch the perpetrator of all these murders.”