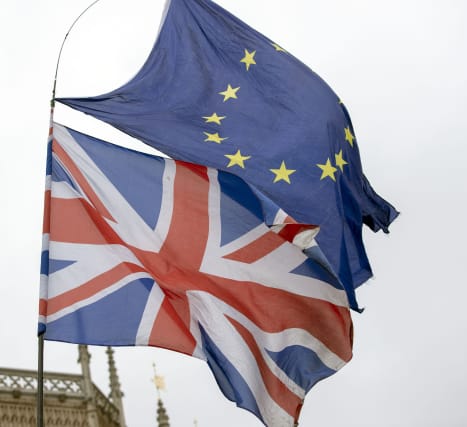 Downing Street has insisted there will be no softening of the UK’s position on a post-Brexit trade deal with Brussels with the departure of Dominic Cummings from No 10.

The Prime Minister’s official spokesman acknowledged time was “in short supply” if they were to get an agreement before the Brexit transition period expires at the end of the year.

However he said suggestions the Government could compromise on key principles in the wake of the decision by Boris Johnson’s top adviser to leave were “simply false”.

Mr Cummings was credited as the mastermind of the successful Vote Leave campaign in the 2016 referendum and there was speculation in Brussels that with him out of the way it could be easier to get an agreement.

In response, however, Mr Johnson’s spokesman said: “That is simply false. The Government’s position in relation to the future trade agreement negotiations is unchanged.”

Talks on a free trade agreement – which have been continuing this week in London – are due to “pause” over the weekend before resuming next week in Brussels.

While a number of deadlines have come and gone, there is increasing concern that if an agreement cannot be reached in the coming days it will be too late to implement before January 1.

German MEP Manfred Weber, the leader of the largest party in the European Parliament and a close ally of German Chancellor Angela Merkel, said that with UK Government in turmoil, it was time for Mr Johnson to show leadership.

He said that with the prospects of the UK securing an early trade deal with the US apparently diminished under president-elect Joe Biden, Britain should be prepared to compromise.

“I see what is happening now in Downing Street. We can also see this as a quite chaotic situation where we don’t have an idea what is really the line in Great Britain,” he told the BBC Radio 4 Today programme.

“We need a clear idea from Boris Johnson now and I think it’s now time for leadership – having all the developments in America in mind where London understood it will be not so easy with Joe Biden to achieve an easy trade deal now.

Mr Johnson’s spokesman said that while Britain still wanted an agreement, it was prepared to leave on “Australian-style terms” – shorthand for moving to World Trade Organisation rules with tariffs and quotas – if that was not possible.

He said the “familiar difficult issues” on fisheries and the so-called “level-playing field” rules on state aid still had to be resolved.

“Time is in very short supply. The transition period will end on December 31, there is no doubt about that whatsoever,” the spokesman said.

“We would like to get a deal but it has to be one which respects the sovereignty of the United Kingdom. If we’re not able to reach a free trade agreement, then we will leave on Australian-style terms.”