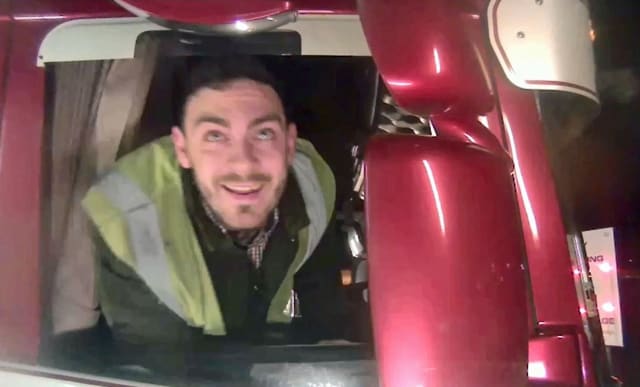 A smuggler has described the moment a lorry driver told him: “I have a problem here – dead bodies in the trailer.”

Gheorghe Nica, 43, is accused of the manslaughter of the Vietnamese nationals who suffocated as they were transported from Zeebrugge in Belgium to Purfleet in Essex.

The British Romanian has admitted helping in two successful people-smuggling trips but denied being involved in the tragedy on October 23 last year.

He told jurors he had agreed for Maurice Robinson to park his lorry at a yard in Orsett, Essex, at 1am on October 23, at a meeting the evening before with his friend Marius Draghici.

Nica said he assumed it was to do with an “expensive” load of cigarettes or alcohol.

Early the next day, Robinson picked up a trailer-load of migrants from Purfleet port and stopped in Eastern Avenue, having been instructed by haulier boss Ronan Hughes to “give them air quickly”.

At 1.13am, Robinson opened the trailer door, took a step back and stood for 90 seconds before closing the door and getting back into the cab.

Five minutes after Robinson made the grim discovery, Nica phoned him.

Nica told jurors: “Draghici rang me, asked what’s going on with Mo? Ring him, find out if he’s coming or not.

“I called Robinson and I say ‘Well. What’s going on? Are you coming or not?’

“I said ‘Listen are you ok there?’ And I thought in my mind he might be stopped by police or customs.”

Asked if Robinson spoke much during that call, Nica said: “Not really. I feel like something was not right with him.”

The defendant went on: “He did call me back after 10 minutes and again I answered the call.

“I said ‘Are you still coming?’

“(He said) ‘I don’t know. I have a problem here – dead bodies in the trailer.

Aftab Jafferjee QC, defending, asked: “What was your reaction to that?”

Nica replied: “I said ‘Listen, what do you mean dead bodies?

“I said ‘Ring the ambulance, ring the police, do not move at all’.

Asked if Robinson had indicated how many bodies there were, Nica said: “No, probably he did not even know. He said ‘Too many’.”

On what he did next, Nica said: “I was sitting in the car and it was still very, very bad.

“I didn’t know what was going on. I knew it was going to be very, very bad news.”

Nica said he drove to his former home in Basildon to see if British passports he was waiting for had arrived.

The next day, he travelled to Romania and did not use his mobile phone again.

Asked why he left the country, divorced father-of-three Nica said: “First of all I was scared about this situation.

“I knew it’s going to be a big, big investigation and I just go home to see my family, my kids again.”

Mr Jafferjee said: “What was it you were worried about?”

The defendant replied: “First thing on the 18th (October) I was involved, and second because the phone calls. I was the person who rang Robinson.”

Nica, from Basildon in Essex, has denied 39 counts of manslaughter along with lorry driver Eamonn Harrison, 23, of Co Down, who dropped off the trailer containing the victims at Zeebrugge on the afternoon of October 22.

Harrison, lorry driver Christopher Kennedy, 24, of Co Armagh, and Valentin Calota, 37, of Birmingham, have denied being part of a wider people-smuggling conspiracy, which Nica has admitted to.