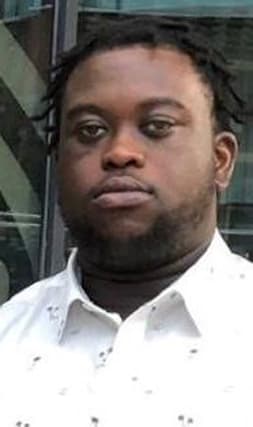 Four men have been jailed over the death of a “humble” shop worker who was fatally shot in a case of mistaken identity.

Kwasi Mensah-Ababio, 26, was blasted in the head at close range as he sat on a park bench in Wembley, north London, on July 7 last year.

He was wrongly identified as a gang member blamed for the killing of 32-year-old Craig Small two days before.

On Friday, gunman, Rene Montaque, 35, was jailed for life with a minimum term of 30 years for Mr Mensah-Ababio’s murder.

Karlos Gracia, 23, and Alhassan Jalloh, 21, were also convicted of murder and jailed for at least 26 years and 25-and-a-half years respectively.

Taalib Rowe, 25, was handed 17 years in prison for manslaughter following a trial in March.

Sentencing them on Friday, Judge Anuja Dhir QC said they had “wanted a life for a life”.

She said: “It was an execution of a completely innocent, hard-working, intelligent, much-loved young man.”

She said no words could describe the “grief and misery” caused to the victim’s family, who sat in court.

Explaining the background to the killing, she said: “Days earlier, a member of your gang, Craig Small, had been shot and killed on the High Road in Harrow.

“Shortly after Mr Small’s murder a shrine was erected near the spot where he was killed.

“Mr Mensah-Ababio was not involved with either gang or indeed any gang or any criminality. He was a law-abiding, humble man.”

The judge said the defendants, all from Wembley, had spotted the victim near the shrine and “mistaken” him for a member of the rival gang they believed was involved in Mr Small’s death.

Judge Dhir added: “For those of you convicted of murder it would be a mitigating factor if you had not intended Mr Mensah-Ababio would be killed but I am sure that was your intention.

“You were seeking revenge for the killing of Mr Small and one of you was armed with a gun.

“He was shot in the head in such circumstances I have no doubt you wanted a life for a life.”

The defendants were convicted on March 23, just as the country went into lockdown and new trials were put on hold at the Old Bailey due to the pandemic.

They were not in the dock to be sentenced and instead attended by video link from Belmarsh prison.