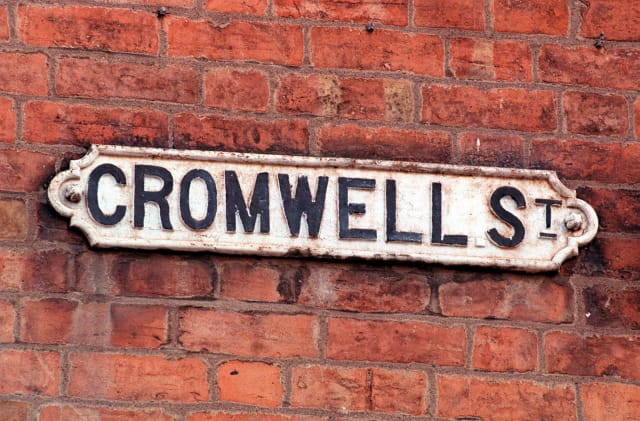 Of all the serial killers to have shocked and appalled Britain, perhaps Yorkshire Ripper Peter Sutcliffe was the most notorious.

But the sadistic crimes committed by others were so horrifying that their names remain grimly infamous.

The wicked lovers lured children and teenagers to their deaths, torturing and sexually assaulting them before burying their bodies on bleak Saddleworth Moor in the south Pennines in the 1960s.

Pauline Reade, 16, disappeared on her way to a disco on July 12 1963, and 12-year-old John Kilbride was snatched in November the same year.

Lesley Ann was stripped, sexually abused and tortured, with her last moments captured on a harrowing audio recording which reduced the judge, jury, courtroom spectators and even hardened police officers to tears during the trial.

The body of Keith Bennett has never been found.

The couple tortured, raped and murdered an unknown number of women between 1967 and 1987, most at their home in Cromwell Street, Gloucester, which became known as the “House of Horrors”, with nine sets of bones found under the patio and cellar of the house.

Fred West, a builder, killed himself in prison while awaiting trial on 12 murder charges, while mother-of-eight Rose was convicted in 1995 of murdering 10 young girls and women, including her eldest daughter Heather, 16, and her stepdaughter Charmaine, eight.

Fred escaped trial by killing himself in his prison cell in January 1995.

The Wests began their killing spree at another house, close to the centre of the town. Under the floorboards police found the body of Charmaine, Fred’s eight-year-old daughter by his first wife.

At least two other women were killed in the flat.

The GP is the UK’s most prolific convicted serial killer.

He was jailed for life in January 2000 for murdering 15 patients while working in Hyde, Greater Manchester, though official predictions are that he killed between 215 and 260 people over a 23-year period in Hyde and Todmorden, West Yorkshire.

Shipman hanged himself in his cell at Wakefield Prison in 2004 at the age of 57.

In 1998, the doctor was arrested and charged with the murder of 81-year-old Kathleen Grundy after forging her will. Suspicions had been raised previously by another GP about the high death rate among Shipman’s patients.

The full extent of his murderous career only became clear during Dame Janet Smith’s independent inquiry, which found that the GP probably killed up to 260 people.

Shipman murdered his victims with injections of diamorphine – the clinical name for heroin – after stockpiling vast amounts of the drug by falsely prescribing it as a painkiller for dying patients.

The GP would usually call on his mainly elderly victims at their homes, often on a pretext, and dispense the deadly injections.

Back at his surgery, he would falsify computer records to create bogus symptoms that would explain his victims’ deaths.

Delivery driver Robert Black was convicted of four child murders but suspected of many more.

The paedophile loner, from Falkirk, was a delivery driver who stalked the roads of the UK searching for victims.

His long reign of terror ended in 1990 when he was caught red-handed by police with a barely alive six-year-old girl hooded, bound, gagged and stuffed in a sleeping bag in the back of his van in the Scottish village of Stow.

Once in custody, the predator was linked to a series of unsolved crimes in the previous decade.

In 1994, Black was found guilty of three child murders in the 1980s – those of 11-year-old Susan Maxwell, from the Scottish Borders, five-year-old Caroline Hogg, from Edinburgh, and Sarah Harper, 10, from Morley, near Leeds – as well as a failed abduction bid in Nottingham in 1988.

In 2011, he was found guilty of the 1981 murder of nine-year-old Jennifer Cardy, from Ballinderry, Co Antrim.

Black, who lived out his last days in Maghaberry high-security prison in Co Antrim, died of heart disease in 2016, aged 68.

He was also suspected of involvement in other killings and unexplained disappearances and had long been the prime suspect in the case of missing 13-year-old Genette Tate, who was last seen in a rural lane in Aylesbeare, Devon, in 1978.