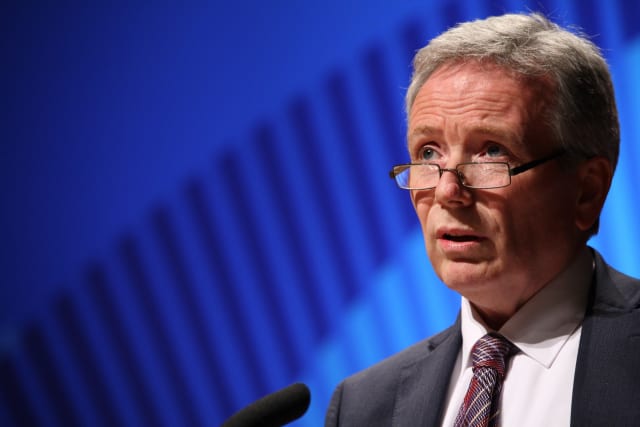 Healthcare workers have been betrayed by Stormont’s “negligent” decision not to impose a fresh lockdown, a senior doctor said.

Circuit-breaker restrictions have been extended by one week, with partial reopening of hospitality next Friday, following a political wrangle which has exposed divisions between Sinn Fein and the DUP.

Dr Black said: “The national response to a situation like that would be to bring in a further lockdown, to make that more severe, yet politicians have decided to ease restrictions over the next two weeks and open up society.

“That decision is incompetent and negligent and saying to the healthcare workers that ‘we are abandoning you’.

“If the healthcare workers thought that they had been betrayed by the Executive, I think that would be a reasonable stance to take.”

A total of 78 deaths involving Covid-19 occurred in the week from October 31 to November 6, and the overall toll has reached 1,141, official statistics showed on Friday.

On Thursday, at the 11th hour, a deal was struck by the Executive to end the deadlock over exiting the current coronavirus circuit-breaker.

Hair and beauty salons and premises without an alcohol licence like cafes and coffee shops can reopen next Friday, with hours restricted to 8pm.

Driving lessons can resume by appointment only.

Restaurants, pubs and hotels can lift shutters on November 27.

Pubs and bars will be permitted to sell sealed off-sales from November 20.

Turnover is forecast to fall to less than a third of 2019 and the extended six-week closure will see a loss of sales in the region of £70 million.

She added: “From a hotel perspective, it has been a bleak month with frustration morphing into exasperation over the last week.

“The air of despondency at the start of the process has been replaced with one of disbelief and distress.”

Sinn Fein voted against the successful proposal because it ran contrary to the guidance from Stormont’s medical and scientific advisers to extend the circuit-break in its entirety for two weeks.

It was outnumbered around the ministerial table as ministers faced mounting public criticism over the delay.

The DUP, Ulster Unionists and Alliance Party voted for the breakthrough proposals.