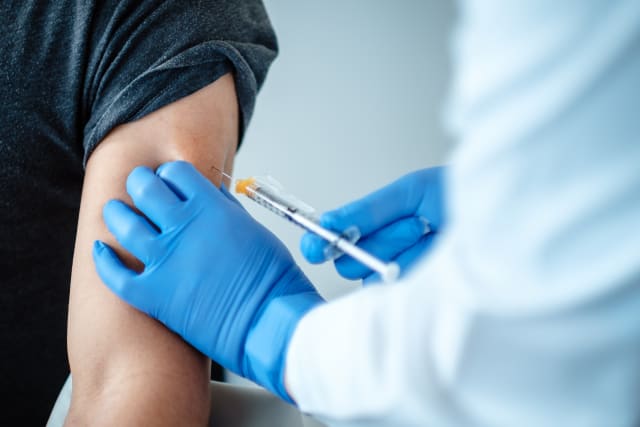 The Transport Secretary has said he can rule out the potential for delivery of a coronavirus vaccine to the UK being delayed by post-Brexit disruption.

Grant Shapps said on Friday there is a “back-up to the back-up” to prevent any hitches, amid concerns delivery of the Belgium-manufactured Pfizer jab could be affected if the Government fails to get a trade deal with the EU.

Time is fast running out for negotiations on a deal to succeed ahead of the end of the transition period on December 31, when the UK will leave the single market and customs union.

Mr Shapps’s pledge came after Business Secretary Alok Sharma repeatedly failed to allay concerns about the possibility of problems hitting the supply of the jab when new arrangements come into force on January 1.

The Transport Secretary told BBC Radio 4’s Today programme: “I can rule that out for two reasons.”

He said an “immense amount of work” has gone into border readiness to keep goods flowing, and there is a further back-up in the form of a £100 million freight contract, which covers vaccines.

“Even if there are problems, that we very much hope there won’t be and we plan for there not to be, we will still have the back-ups,” Mr Shapps added.

Health Secretary Matt Hancock had earlier said the vaccine could be flown into the UK to avoid potential disruption.

He told BBC Question Time: “We have a plan for the vaccine which is being manufactured in Belgium, and if necessary we can fly in order to avoid those problems… we’ve got a plan for all eventualities.”

It comes after the head of British firm Croda International, which supplies a key ingredient for the Pfizer-BioNTech vaccine, warned avoiding border disruption will be “a crucial step” in ensuring it is available to millions of people.

Talks on a post-Brexit trade deal are still ongoing, but even if an agreement is reached there will still be major changes to cross-border trade as the UK leaves the single market and customs union.

Concern about hauliers facing disruption crossing the English Channel has led the Government to introduce a permit system to enter Kent, only allowing lorries destined for the continent into the county if they have the correct paperwork.

The increased bureaucracy surrounding imports and exports has sparked fears of delays, something which can have a dramatic impact on time-sensitive goods.

“The worry of course, the last thing we need, is a problem with a lack of an agreement, and you’ve got friction at the borders, and I’m sure the UK Government are acutely aware of this,” he said.

“We must make sure that the vaccine doesn’t have any problems getting into the UK, into the supply chain, or even the practical issues of refrigerant technologies and everything else.

“They could be products that are needed for the UK that are sourced abroad, so making sure that we are free from friction at the borders is a crucial step for the vaccine.”