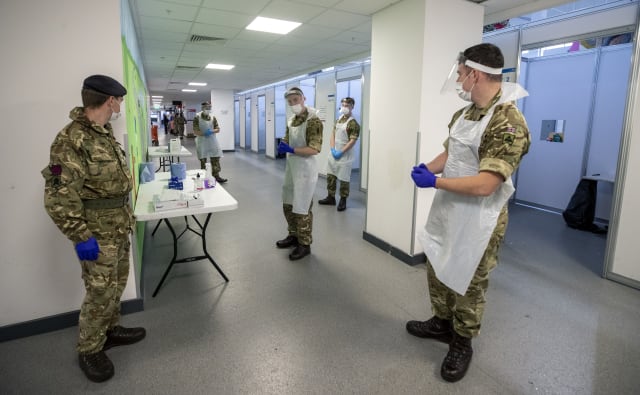 Almost 20% of Liverpool residents took part in the mass coronavirus testing pilot in its first week, according to figures from the city’s mayor.

Joe Anderson said 90,000 people had been tested for Covid-19 since last Friday, when the city began offering tests to everyone regardless of whether they had symptoms.

The figure is 18% of the city’s population of just under half a million.

Mr Anderson told BBC Breakfast that 430 people had tested positive, with only about 200 of them showing symptoms before they had a test.

He said: “Four hundred and thirty people are not spreading the virus – it means that we can break the chain of infection.

“The overall aim, of course, is to reduce the admissions into our hospitals, which is also now starting to come down, so we’re pleased with the way things are going and we think it will have an impact.”

The latest figures, for the number of new cases in the week up to November 8, show that Liverpool had an infection rate of 283.1 per 100,00 people.

On Twitter, Mr Anderson said 50,000 people had received lateral flow tests, which are being offered to people without symptoms and give results within an hour, and 40,000 had gone to mobile testing units across the city.

There are currently 38 test centres in Liverpool, including facilities at leisure centres, church halls and at Anfield Stadium.

About 2,000 military personnel have been deployed to the city to help run the pilot.

Testing has also taken place in some schools in the city and thousands of home testing kits have been sent out.

Residents are now being encouraged to have a repeat test once a week.