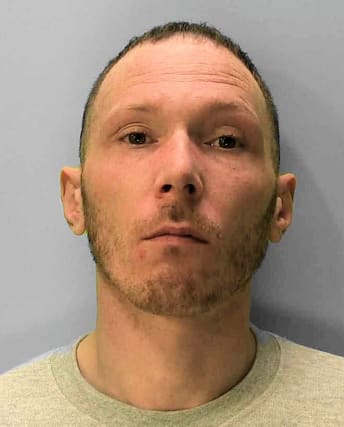 A drug dealer who stabbed a customer to death has been jailed for life with a minimum term of 19 years.

The victim was the third of his parents’ four sons to be killed after two of his brothers died fighting in Syria.

Addressing Macleod directly in court, Abubaker Deghayes said in his victim impact statement: “You looked me in the eyes many times and I remember you said you are sorry. I want to take that at face value.”

He said: “I accept your sorrow,” but added it was on the condition that Macleod would be willing to jointly form a “trust” in his son’s name to help drug addicts.

Drug dealer Macleod, of Lambeth, south London, appeared shocked as judge Nicholas Hilliard jailed him for life, with a minimum term of 19 years, less the 630 days he has already spent in custody.

Wearing a blue suit and glasses, Macleod remained silent as the sentence was delivered.

During his murder trial, the jury heard the exact motive for the killing may never be known.

On the night of the stabbing, Mr Deghayes and his friend Colby Broderick had arranged to meet Macleod to buy cocaine outside a block of flats.

But when the victim left his car to conduct the deal, Macleod attacked him.

Although he managed to return to Mr Broderick’s vehicle, Mr Deghayes lost consciousness and died in hospital the next day from blood loss. He suffered eight stab wounds, including several major injuries to his legs and buttocks.

Macleod denied murder, claiming he was acting in self-defence, and said he was “ashamed” at his involvement in the drug trade.

But a jury found him guilty of one count of murder following eight hours and 11 minutes of deliberations.

A second defendant, 56-year-old Stephen Burns, of Lennox Street, Brighton, was found not guilty of assisting an offender after being accused of helping Macleod flee the scene and hide evidence.

Police discovered more than £100,000 worth of drugs in a raid at an address linked to Macleod, the court heard.

Philip Evans QC, mitigating, said Macleod was “fearful” of returning to prison having been previously attacked in custody.

Macleod was sentenced to 85 months’ jail for the class A drug offences and 41 months for the class B offence, both of which will run concurrently with his life term.

Burns, who appeared in court on crutches, was sentenced to two years and 10 months jail for the drug offences.

Philippa McAtasney QC, mitigating for Burns, described him as a “classic dogsbody”, whose “naivety and gullibility was exploited”.

Kevin Light, mitigating for Dahir, said the defendant had started earning a living “legitimately” after his arrest in February 2018.

Wearing a purple top – his son’s favourite colour – Mr Deghayes’s father said in his statement: “With the loss of Abdul, Daniel Macleod becomes a total loser.

“Drugs and drug money are contaminated with invisible blood. Drug dealers, poison pushers, end up seeking visible blood to fulfil their addiction for the destruction of others.”

He described his son as a “joyful” character, but added he was also not an “innocent angel”.

Two of Mr Deghayes’s teenage brothers, including his twin, died fighting in Syria.

They are survived by a fourth brother, Amer, a former finance student, who had also travelled to Syria.