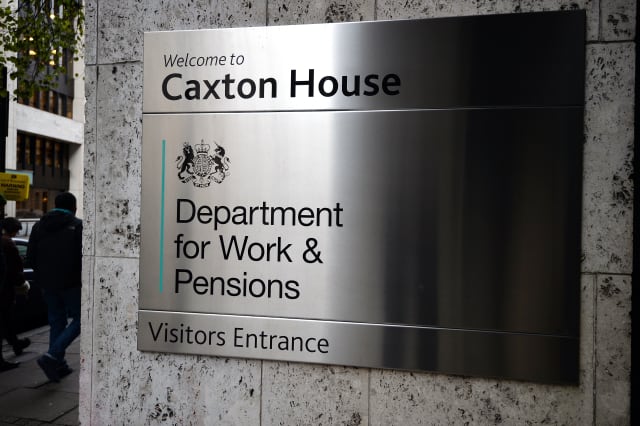 Ministers from the UK’s three devolved administrations have united to call for a new welfare strategy to ensure help is reaching those most in need.

Administrations in Scotland, Wales and Northern Ireland have written to the Work and Pensions Secretary calling for a UK-wide benefit take-up plan.

They also say the £20 increase to Universal Credit, announced in response to the pandemic, should be made permanent.

It is due to end in April next year.

The joint letter to Therese Coffey cites Northern Ireland’s “excellent” benefit take-up strategy, known as Make The Call, as well as other steps taken by devolved governments to support people on low incomes.

It says: “This is of interest to ministers in all devolved administrations as we seek to ensure everyone who is eligible for financial support gets it.

“This is more important than ever as we face the economic impact of Covid-19 and we believe is also a moral duty to ensure citizens are fully supported.”

Ms Somerville said: “It’s vital that we make every effort to ensure everyone is aware of and able to access the support available to them.

“Maximising benefit take-up is a moral obligation, especially in these uncertain times when there is clear evidence of increased need for support.

“The £20 uplift was needed before the pandemic, and so it is vital now.

“People must be given the certainty that it will be made permanent and that they are not facing a cliff edge in a matter of months when this support is pulled.”

Ms Blythyn said: “The pandemic will cast a long shadow on those who are most in need and has reiterated the importance of a robust financial safety net for individuals and families, ensuring existing funding programmes have the maximum impact on the lives of those in poverty.

“Having a strategic UK approach will ensure that everyone can get the support they need during this difficult time.”

The DWP said the increase to Universal Credit would remain in place until the end of March but all welfare measures were being kept under review to “ensure we are providing the necessary support”.

The Government department said it also provided grant funding to Citizens Advice organisations for their Help to Claim advice service.

A DWP spokeswoman said: “The UK Government provides a range of benefits and targeted support for people across Great Britain.

“We have provided £9.3 billion extra welfare support to help those most in need, including increasing Universal Credit by up to £20 a week, as well as introducing the Covid Winter Support Package for those on low incomes, income protection schemes, mortgage holidays and additional support for renters.

“Since mid-March we have supported 3.9 million claims to Universal Credit and made 1.3 million advance payments to people who could not wait.”