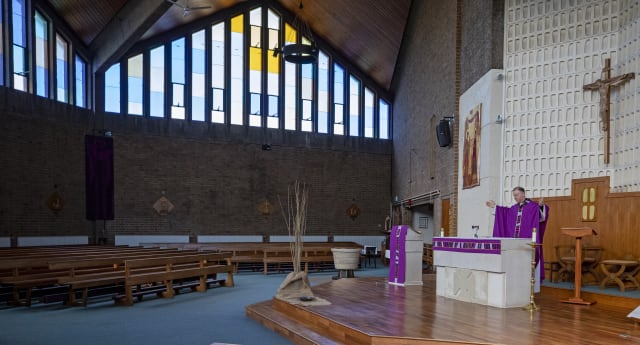 A group of religious leaders has launched legal challenge against the decision to close churches for public worship in England and Wales during the second lockdown.

More than 100 church leaders are seeking a judicial review of the decision by the UK Government to ban people from worshipping together in England.

They are also challenging the Welsh Government’s similar ban during its 17-day firebreak which ended earlier this month.

The church leaders claim the restrictions on public worship breach Article 9 of the Human Rights Act on freedom to express religious beliefs.

They also suggest the Government failed to ascertain the extent to which leaving churches open for public collective worship would risk contributing to the spread of Covid-19.

Pastor Ade Omooba, who is leading the church leaders’ legal challenge, said: “We have been left with no alternative but to pursue a judicial review on this crucial issue and at this significant moment for the freedom to worship in church in this country.

“We call on the Government to recognise the vital importance of church ministry and the principle of church autonomy from the state.”

The legal action follows the introduction on November 5 of the second lockdown, which prevents people gathering for public worship.

Ahead of the second lockdown, over 1,500 church leaders signed an open letter urging Prime Minister Boris Johnson not to close churches for public worship.

Bishop Michael Nazir-Ali, a former bishop of Rochester, said: “Church leaders recognise the seriousness of this pandemic, and that the Government need to take the best scientific advice about the measures that are necessary to prevent the spread of the virus, especially to vulnerable groups.

“This task has to be held in tension with the ancient liberties of the church which have been won through hard struggle over the course of our history.

“These liberties include freedom of belief, expression and worship.

“The principle of the freedom of worship needs to be maintained and churches have been assiduous in maintaining safety in buildings and among worshippers.

“There is widespread unease among many church leaders about the lack of evidence and consultation regarding the ban on collective worship.

“Church leaders see collective worship, not as an optional extra, but as vital to the mental and spiritual health of believers, especially for the lonely and vulnerable.”

Dr Gavin Ashenden, a former honorary chaplain to The Queen, added: “The context in which unilateral closure of churches and the removal of the right to worship as one’s conscience dictates reflects the history of the last 1,000 years of our nation.

“This period has been punctuated by attempts by the government to control, restrict and prohibit the actions of Christian worshippers.

“From the assassination of the Archbishop of Canterbury in 1170 through to the execution of both Protestant and Catholic dissenters in the 16th century, Christians have fought and died for the right to worship and order their spiritual and civic affairs according to their consciences.”

A Government spokesperson said: “The Government doesn’t take imposing further restrictions lightly but this action is vital in tackling the spread of the virus.

“Places of worship bring huge solace and comfort to people, especially during this challenging time.

“That is why they remain open during this period of new restrictions for private prayer and other vital functions like funerals.”