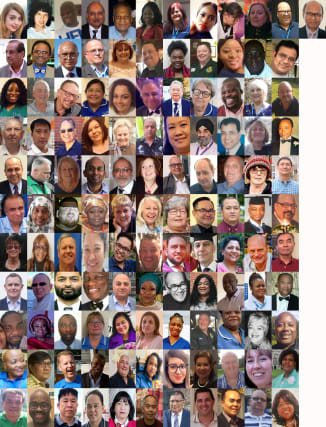 At least 200 frontline health and care workers have now been named following their deaths after contracting coronavirus.

Through tributes from loved ones and confirmation through sources, including local NHS Trusts and other authorities, the PA news agency has confirmed the names of health and social care workers who have died after contracting Covid-19 since March 11.

This analysis includes people who were working in roles shortly before their deaths where they were likely to come into contact with patients.

The most recent victim was anaesthetist Dr Krishnan Subramanian, who died on Thursday. Dr Subramanian worked at the Royal Derby Hospital.

The 200 figure is likely to still be lower than the true number of workers who have died. Amnesty International reports the UK has the third-highest number of healthcare worker deaths, at 649.

Black, Asian and minority ethnic (BAME) staff account for 60% of NHS staff deaths, analysis of the PA data has found.

Staff at care homes have not been included in this breakdown because there was not enough reliable data.

Of the 174 names PA were able to analyse, 105 came from a black or minority ethnic background.

Dr Chaand Nagpaul, chairman of the British Medical Association council, said: “The vast majority of those who we have lost so far are sadly from BAME backgrounds, and many came to the UK from abroad to work in our NHS and care sector.

“We must never forget the huge contribution that our BAME and international colleagues have made, and continue to make, putting their own safety on the line to treat the sick and vulnerable.”

Almost half of those who died worked within nursing, at 78 deaths (45%).

Dame Donna Kinnair, chief executive and general secretary of the Royal College of Nursing, said: “Nursing staff have shown their professionalism, determination and abilities time and again in this crisis. Losing our colleagues, who are dedicated to the care and safety of others, is tragic.

“I pay tribute to those we have lost. We will always remember them and build a stronger nursing profession in their honour.”

Doctors saw the next largest number of deaths, accounting for 34 (20%).

London has seen the largest number of deaths, with 28% in the Greater London region. This is more than double the next highest regions, the South East and North West, who saw 22 and 23 deaths respectively (13%).