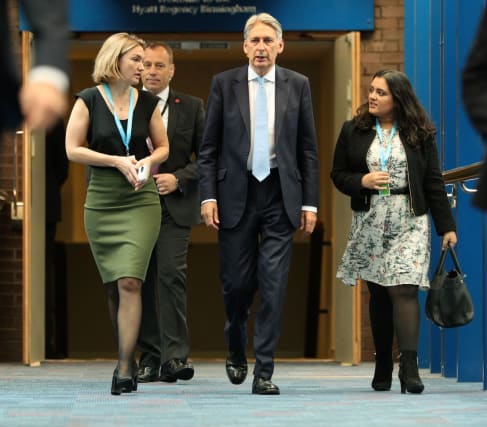 A former Treasury aide marched out of Downing Street by armed police after being sacked by Dominic Cummings has settled her claim for unfair dismissal with the Government.

Sonia Khan, who was a special adviser to then-chancellor Sajid Javid, was dismissed last August over the alleged leaking of Brexit secrets.

During an angry confrontation in No 10, Mr Cummings was reported to have accused her of being in contact with her former boss, Philip Hammond, who was chancellor under Theresa May – claims she denied.

She subsequently announced that she was taking the Government to an employment tribunal, claiming unfair dismissal and sex discrimination.

The decision of the Government to settle with her is likely to be seen as further evidence of Boris Johnson’s desire for a “reset” following the news that Mr Cummings is to leave.

It will also avoid potentially damaging evidence of the way Mr Cummings ran the No 10 operation coming out in public hearings due to start next month.

In a statement, Ms Khan said: “Following 14 months of negotiation, I have today reached a settlement with the Treasury, my former employer, and as a result I am no longer pursuing my employment tribunal claim which was due to be heard in London in December.

“Having reached a settlement of these issues I am now moving on with my life and career. I have a fulfilling job as a consultant, I maintain great affection for the Conservative Party and remain a committed Conservative.

“The party took me under its wing when I was a teen and I feel hugely privileged to have served as a special adviser under the last two prime ministers.”