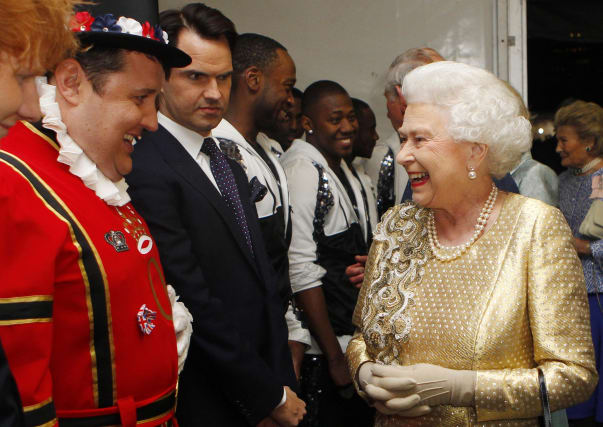 The Queen’s Platinum Jubilee celebrations may be more than 18 months away, but plans are being set out to mark the monarch’s historic milestone.

The public will get an extra day off as part of a “blockbuster” four-day weekend of celebrations from June 2-5 2022.

The May spring bank holiday will be moved to Thursday June 2 and an additional Bank Holiday added on Friday 3 June.

– Traditional pageantry and state of the art displays

The celebrations will feature a busy programme of events – yet to be announced.

They will mix British ceremonial splendour and pageantry with cutting edge artistic and technological displays.

– But not on the River Thames

For the Diamond Jubilee in 2012, the Queen, the Duke of Edinburgh and the rest of the royal family endured an extremely wet and windy trip down the Thames as part of a river pageant.

Culture Secretary Oliver Dowden appeared to rule out any further river-related activities for the monarch after the previous experience.

“The one thing I might resist committing to given our experience of 2012 and the Diamond Jubilee is doing anything on the River Thames again,” he told MPs.

Philip was admitted to hospital with a bladder infection the day after the pageant and missed the majority of the Jubilee festivities.

The nation will be encouraged to gather – coronavirus permitting – with their neighbours for street gatherings across the UK.

Trees will be planted up and down the country to mark the Jubilee.

Mr Dowden said proposals for a Queen’s green canopy were being examined with the Department for Environment, Food and Rural Affairs.

How the celebrations will be paid for and how much they cost will be a key issue amid the Covid-19 crisis.

Mr Dowden said both he and the Royal Household will ensure that money is spent “very wisely”.

The Treasury will also have to decide on how to foot the security bill for the mass-scale events.

Senior royals are likely to be carrying out country-wide visits, just as they have done ahead of previous jubilees.

– A present for the Queen

Politicians will have a whip-round to pay for a gift for the Queen.

A cross-party board with members from both Houses of Parliament will be set up to decide on the chosen present, with the money coming from personal donations, rather than public funds.

Solicitor General Michael Ellis who organised the Diamond Jubilee gift, of a stained glass window in Westminster Hall, will lead the project.

In keeping with tradition, a Platinum Jubilee medal will be awarded to people who work in public service including representatives of the Armed Forces, the emergency services and the prison services.