What do experts have to say about the rise in confirmed Covid cases? 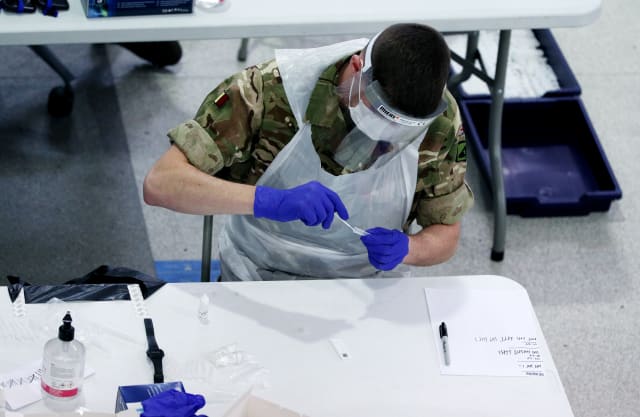 The UK recorded its highest daily number of coronavirus cases since the pandemic began, when more than 33,000 new infections were added to the overall total.

Deaths also rose by a further 563 on Thursday, as Public Health England expressed concern that numbers were rising among the more vulnerable elderly populations.

What have experts had to say about the 33,470 high in cases?

Could the infections have been before England went into lockdown?

Incubation periods and delays in the transfer of data from test to Government figures mean that these high levels of infections could have occurred seven to 10 days ago, according to Professor Liam Smeeth from the London School of Hygiene and Tropical Medicine.

“Given what we know about the incubation period of Covid-19, which is the time from someone getting infected until their symptoms start, I am not surprised or too dismayed by this figure,” he said.

“The median incubation period is around five days. It is then likely to take people a day or so to get tested. In addition, the data refer to the number of positive tests reported today, so again there will be some delay from when the tests were actually done.

“This all suggests high levels of infection around seven to 10 days ago, around the time when stricter measures were put in place.”

Are there more infections because more tests are being done?

Prof Smeeth also suggested that part of the increase could be down to a “welcome” rise in the numbers of people getting tested “rather than reflecting a true increase in infections”.

A mass testing programme has also been rolled out in Liverpool, allowing people without symptoms to get tested.

Prof Smeeth’s sentiments were echoed by Professor Deborah Dunn-Walters at the University of Surrey, who pointed towards the Liverpool scheme as one of the potential reasons for the uptick.

She said of Thursday’s figures: “This number will include the data from the mass testing in Liverpool using the lateral flow devices.

“I suspect that what we are seeing are some of the asymptomatic cases that were previously hidden to us when we only tested people with symptoms.

“It would be interesting to see what proportion of the cases were asymptomatic.”

Will the numbers keep rising?

One scientist has said a continuation in the growth of cases would make a “peculiar” finding with the lockdown and social distancing measures currently in place across the four nations.

However, Professor Igor Rudan from the University of Edinburgh said such a scenario could be possible, explaining that viruses have “complex transmission dynamics”.

He said: “For the novel coronavirus, it has been shown that it largely depends on people’s behaviour and movement.

“However, it is likely that it can also be affected by factors that we do not fully understand and cannot easily control. It is known that respiratory viruses can have seasonal peaks in various climates, where wet and dry seasons affect the outbursts in their transmission.

“Then, the large changes in the proportion of time spent indoors or outdoors can also fuel the waves of epidemics.”