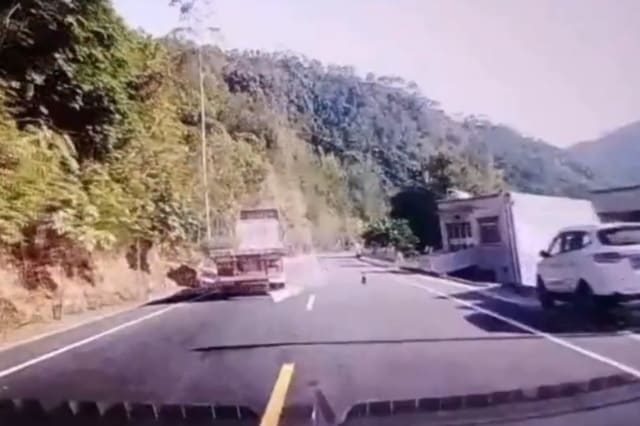 Smoke rose up from the tyres of a truck after it swerved to avoid a toddler on a road in southern China.

The video, shot in the city of Maoming in Guangdong Province, shows the truck suddenly braking and changing direction.

The vehicle behind the truck that was filming the incident is then seen slowly moving further along the road, where a small child is sat in the middle of the highway.

According to reports, a neighbour is now caring for the toddler after the parents could not be located.