Threat to reclaim funding from councils over Low Traffic Neighbourhoods 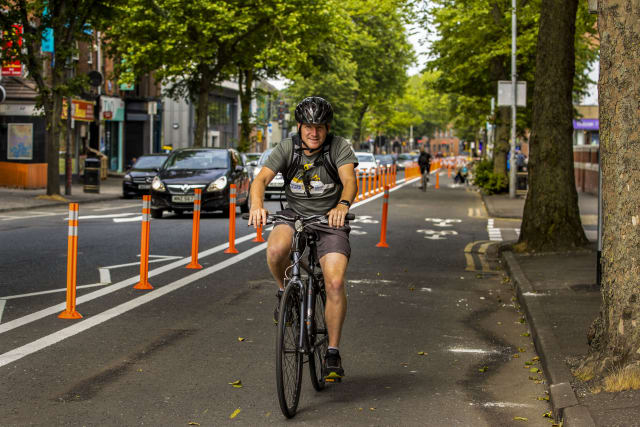 Transport Secretary Grant Shapps has threatened to reclaim cash given to English councils to set up Low Traffic Neighbourhoods (LTNs) if they fail to consult communities.

The Department for Transport (DfT) said the Cabinet minister “has been clear future funding allocations will be reduced, and clawbacks could also be imposed” where local authorities do not take into account the views of residents, businesses and emergency services when developing schemes.

Opponents claim they are making congestion worse, and have been successful in convincing some local authorities to suspended or downgrade projects.

In a letter to council leaders in July, Mr Shapps criticised the use of barriers to widen town centre pavements.

This could “prevent pedestrians from crossing the road, cause congestion for buses and motor traffic, and impede access for kerbside businesses”, he wrote.

LTNs are being funded by the Government amid concerns that the coronavirus pandemic could led to an increase in road congestion.

Mr Shapps has given councils a further £175 million, which is from a £250 million investment to promote cycling and walking announced in May.

The DfT said a survey conducted by Kantar Media last month indicated that 65% of people across England support reallocating road space to cycling and walking in their local area.

Nearly four in five people (78%) are in favour of measures to reduce traffic in their neighbourhood, the poll suggested.

Prime Minister Boris Johnson said: “We want to do everything we can to make it easy for people to include some activity in their daily routines – whether that’s cycling to work or walking safely to school.

“We can see the public’s strong appetite for greener and more active travel, and this funding will help ensure the right infrastructure is in place to build truly active neighbourhoods.”

In addition to mandatory consultations, Mr Shapps has told councils receiving funding they must submit monitoring reports on the schemes six to 12 months after they opening, highlighting how they have been modified based on local feedback.

He said: “It has been great to see so many people build cycling and walking into their daily travel habits.

“To support them, we know it’s vital to have the right infrastructure in place so everyone – cyclists, pedestrians and motorists – can use our roads.

“Whether you’re walking, cycling, driving or using public transport, people must have the space they need to get around safely.”

“The emphasis on more consultation is welcome too, so that we can ensure the best solutions are put in the right locations.”

Duncan Dollimore, head of campaign at charity Cycling UK, expressed hope that the backing for quieter and safer roads is recognised by councils.

He said: “In recent weeks far too many have underestimated support for these schemes, removing cycle lanes the minute a local MP or vocal minority of people raise concerns.

“People want streets that are safer and more attractive, and councils must grasp the opportunity to start delivering this.”