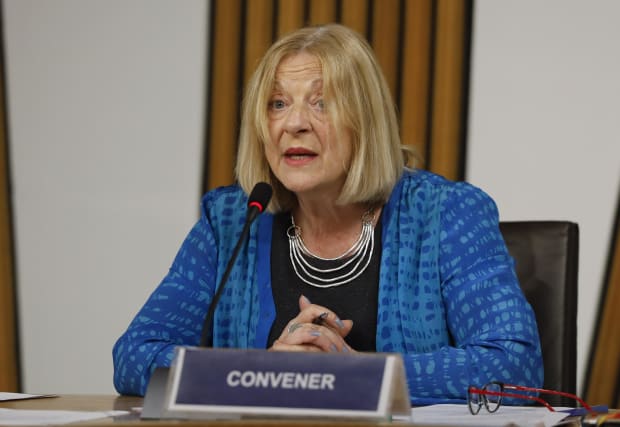 The convener of the Alex Salmond inquiry has demanded an end to “disrespectful” delays in receiving evidence from both the Scottish Government and the former first minister.

Linda Fabiani said the Scottish Parliament committee examining the handling of harassment complaints is still waiting for the detailed evidence it has requested.

In a strongly worded statement released on Thursday, Ms Fabiani said she is “beyond frustration” at the lack of clarity the Committee on the Scottish Government Handling of Harassment Complaints has received.

She told Mr Salmond his written submission remains outstanding ahead of an evidence-taking session next month, when MSPs intend to hear from the former first minister.

In a separate letter to Deputy First Minister John Swinney, she criticised “unacceptable” delays to documents being handed over to the committee.

Mr Swinney has been asked to hand over the legal advice the Scottish Government received about its unlawful investigation into Mr Salmond by Friday.

Ministers have repeatedly refused to reveal the guidance they received but in a parliamentary debate last week, MSPs called for the Scottish Government to waive its legal privilege and “publish all the legal advice it received”.

Mr Swinney said he and the Cabinet will “consider the implications of the motion”.

Ms Fabiani released a statement on Thursday saying: “Week after week the committee is in a position where it is clear to us that the evidence being shared with the committee lacks detail and indeed usefulness.

“This is both deeply problematic and deeply disrespectful.

“I have, on multiple occasions, made it clear exactly what evidence the committee wants to see.

“There is no doubt that we have received a large amount of information. But we are receiving very few clear answers.”

She added: “I am in a position today where I am, yet again, writing letters to express my frustration at the delay, the prevarication and obfuscation.

“But this goes beyond frustration.

“This must end and we will complete our work and do the job given to us by the nation’s Parliament.”

In January 2019, the Court of Session ruled prior communication between investigating officer Judith MacKinnon and two women who came forward with complaints meant the inquiry was unlawful.

Lord Pentland added the Government’s actions were “procedurally unfair and they were tainted with apparent bias”.

The Scottish Government ultimately conceded the case and the legal bill totalled more than £630,000 – including a £512,250 payout to Mr Salmond.