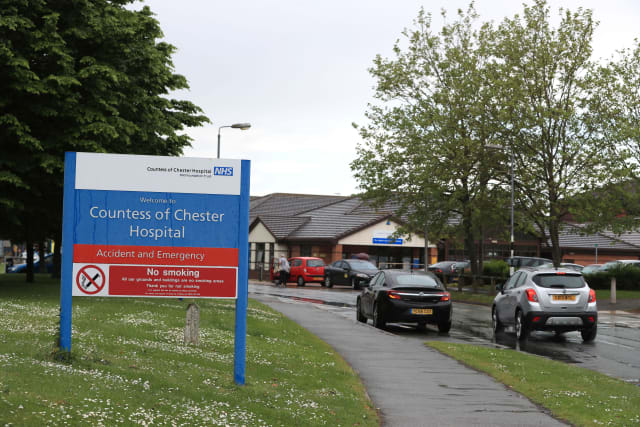 A nurse accused of the murders of eight babies at a hospital neonatal unit has been remanded in custody.

Lucy Letby, 30, was arrested for a third time on Tuesday as part of the investigation into the Countess of Chester Hospital, which began in 2017.

Letby, of Arran Avenue, Hereford, faces eight counts of murder and 10 charges of attempted murder relating to the period of June 2015 to June 2016.

The 10 charges of attempted murder are each of potential victims under one year old, one count of which includes Maddie Freed, according to the court list.

District Judge Nicholas Sanders imposed an order restricting the reporting of the names of the surviving babies subject to the attempted murder charges.

Letby was remanded in custody after appearing via videolink during a brief 10-minute hearing at Warrington Magistrates’ Court on Thursday.

She was sat behind a desk, next to her solicitor, Richard Thomas, and spoke in a strong, clear voice only to confirm her name, date of birth and her home address in Hereford.

Only two members of the press were allowed into the courtroom, with a dozen more in an annexe courtroom next door, watching via videolink.

Families of the victims were also watching the proceedings via the same link at remote locations.

District Judge Sanders warned there should be no audio or video recordings of the proceedings.

The court clerk then dialled into Blacon police station, Chester, to see Letby, partly shadowed, sat with her solicitor waiting for proceedings to begin.

The judge, addressing the defendant, said: “Today’s court hearing is for a number of matters. I won’t be taking any plea today, as I’m sure Mr Thomas has discussed with you.

Pascale Jones, prosecuting, told the court: “It is the crown’s application for these matters to be sent to the crown court with a bail application to be determined. This court has no power to grant bail.”

Ms Jones added: “The crown will also stress there is substantial grounds to believe for her own protection this defendant should be remanded into custody.”

It took just over two-and-a-half minutes for the judge to read out all the charges but no pleas were entered and Letby will appear at Chester Crown Court at 2.15pm on Friday.

Zahawi suggests pubs and cinemas may turn away vaccine refusers

Is Ethiopia's war really over?