No Brexit deal would be ‘ruinous’ for the UK, says Taoiseach 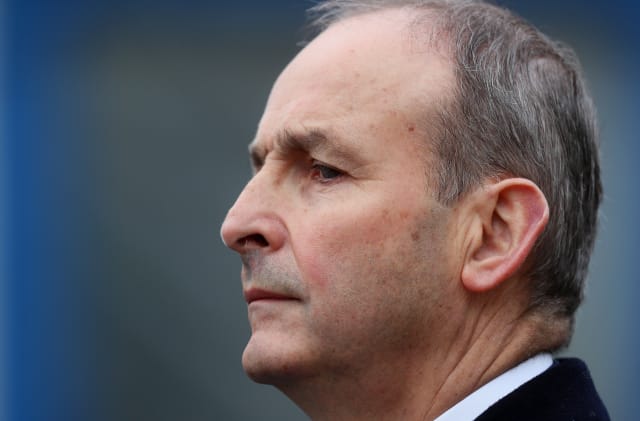 Failure for the UK and European Union to reach an agreement on a post-Brexit trade deal would be "very, very damaging all around", Taoiseach Micheal Martin said.

Talks between the two parties have been taking place in London this week, but they are not expected to bear fruit despite progress needing to be made soon if a new deal is to be in place when the current arrangements expire.

The EU wants a deal by mid-November in order for it to be ratified by the time the transition arrangements expire at the end of the year and the UK leaves the customs union and single market.

Without a deal being struck, trade between the UK and EU will be subject to tariffs set out by the World Trade Organisation.

Speaking to the BBC, the Irish premier said failing to secure a deal would be "ruinous" for the UK, and that Ireland would also suffer.

He told the broadcaster: "We've all had a very significant shock to our economic system because of Covid-19 – the last thing we need now across all of our respective economies is a second major shock."

Mr Martin also said the UK needed to be "very careful that they do not do anything that could destabilise the politics of Northern Ireland", and that no deal past the transition period could lead to "tensions that are unnecessary".

The Fianna Fail leader told the Dail this week any deal would need to "lead to a neutralisation of the offending clauses of the Internal Markets Bill" and lead to "strict adherence to the protocol and the Withdrawal Agreement".

He added that he welcomed the decision taken in the House of Lords on Monday in relation to the Bill, which contains controversial measures seeking to tear up parts of the Brexit divorce agreement.

And he told the BBC: "Efforts have to be made to reassure the EU side that what has happened in terms of the Internal Market Bill is not going to happen in 12 months' time in the event of a deal being agreed between the European Union and the United Kingdom."

The main stumbling blocks between the UK and EU are thought to include the "level playing field" measures aimed at preventing unfair competition on issues including state subsidies, the ongoing row over fishing rights and how any UK-EU deal will be governed.

Stefaan de Rynck, an adviser to Mr Barnier, insisted the EU side had been willing to compromise in the negotiations – implying that it was British resistance which had prevented progress.

"The EU has been in compromise mode at all negotiation tables, for months," he tweeted on Wednesday.