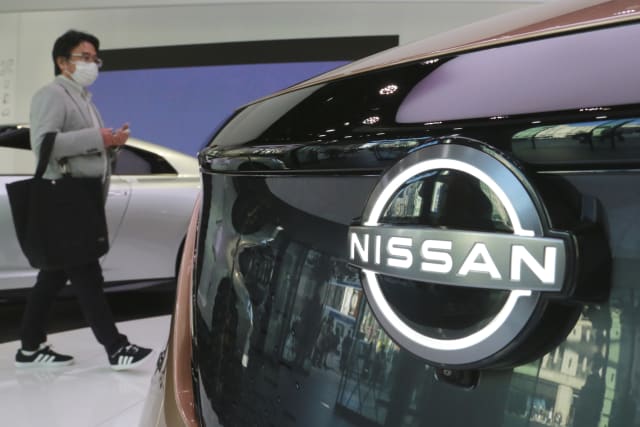 Nissan posted a loss of 44.4 billion yen (421 million US dollars/£319m) in the last quarter as the pandemic slammed profitability and the Japanese carmaker fought to restore a brand image tarnished by a scandal centred on its former star executive Carlos Ghosn.

Nissan Motor Co had a profit of 59 billion yen in July-September of 2019.

Nissan officials said its global sales are expected to recover to pre-pandemic levels by December, if improvements continue at the current pace.

Chief executive Makoto Uchida promised the company will work hard to recover and become “a trusted company”, delivering products that will be praised as “Nissan-like”.

A section of Nissan’s earnings report addressed the Ghosn case.

Ghosn, who says he is innocent, jumped bail and fled to Lebanon, which has no extradition treaty with Japan.

Kelly also says he is innocent.

Nissan, as a company, is not fighting the criminal charges and has paid an administrative penalty of 1.4 billion yen (13 million US dollars).

The company reiterated on Thursday that it took what happened seriously and has taken steps to improve governance.

In its report, Nissan accused Ghosn of misusing company assets for personal use, such as spending 27 million US dollars of company funds to buy homes in Beirut and Rio de Janeiro, improper use of the company jet and donating two million US dollars to universities in Lebanon.

The company is still bleeding red ink and expects a 615 billion yen (5.8 billion US dollars) loss for this fiscal year, which ends in March.

That is still an improvement over its earlier projection for a 670 billion yen loss (6.4 billion US dollars).

Nissan said it is carrying out cost cuts; its new Rogue crossover is doing well in the US market and it remains a leader in electric vehicles.

“We will maintain the momentum from the second quarter with further financial discipline and improvement in our quality of sales,” Mr Uchida said, while stressing uncertainties remained because of the pandemic.

Mr Uchida acknowledged global vehicle sales are bound to decline because of the pandemic.

The latest projection marks a 1% improvement from an earlier forecast.

Nissan said it is sticking to its plan to launch 12 new models, including a new compact car in Japan.