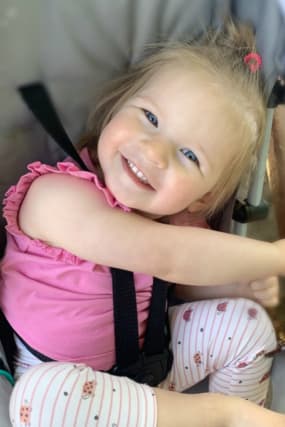 A murder investigation has been launched after the death of a two-year-old girl.

Cleveland Police officers were called to a property in Dale Street, New Marske, on Tuesday morning to a report of an injured child.

The force said Grace Thorpe, from New Marske, was taken to the Royal Victoria Infirmary in Newcastle, where she died on Thursday morning.

A 26-year-old man was arrested in connection with the incident and remains in police custody.

The toddler’s family are being supported by specially trained officers.

The force said the man is now being held on suspicion of murder.

Senior investigating officer Detective Chief Inspector Peter Carr said: “Whilst the loss of any life is tragic, the loss of a child is particularly devastating and Grace’s family are understandably distraught.

“Our thoughts remain with Grace’s family and everyone affected by her loss.

“We’re working hard to establish the full circumstances leading up to her death and have a dedicated team of officers on the case.

“We know that Grace’s death will have a huge impact on the community.

“We have officers in the local area and anyone who would like to speak to someone can approach the team.

“We would also urge people to be mindful of what they post on social media, particularly in regards to speculation.

“This is an active legal case and we do have someone in police custody.

“Please bear in mind the impact any comments could have on the case, and on Grace’s family during this extremely difficult time.”

A post-mortem examination was expected to be carried out later on Thursday and inquiries are continuing.