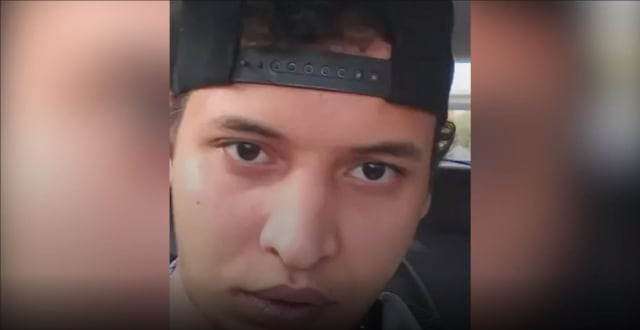 A friend of three men who were fatally stabbed in a knife rampage in a park has said he feels “a bit more confident” of justice after their attacker admitted murder.

History teacher James Furlong, 36, scientist David Wails, 49, and US citizen Joseph Ritchie-Bennett, 39, were stabbed to death in a Reading park in June.

Khairi Saadallah, 26, had been due to go on trial at the Old Bailey at the end of this month, but pleaded guilty on Wednesday to three murders and three attempted murders.

Michael Main, a friend of the three victims, told BBC Breakfast: “The guilty plea made me feel a bit more confident that we are going to get a bit more justice for what this person had done.”

Asked how he now feels going into the park where the attack took place, Mr Main replied: “For me personally, I find it a little bit more difficult to go in there now.

“But it’s quite weird not to go in there with them either, because we always used to.”

Saadallah could be facing the rest of his life behind bars over the two-minute series of attacks in Forbury Gardens shortly before 7pm on Saturday June 20.

Mr Furlong, Mr Wails and Mr Joseph Ritchie-Bennett all died in the attack, while three others – their friend Stephen Young, and Patrick Edwards and Nishit Nisudan, who were sitting in a nearby group – were injured.

Mr Main praised Mr Wails’ “funny sense of humour”, adding: “He was the first person that actually spoke to me when I first got to Reading, and he made me feel welcome, and he always did that for anyone. He would do anything he could for anyone.”

According to witnesses, Saadallah walked along a footpath before suddenly running towards a group of men sitting on the grass.

The attacks happened “without warning or provocation and in rapid succession”, according to the case summary, with witnesses allegedly hearing him shout “Allah Akhbar”.

He stabbed Mr Richie-Bennett and Mr Furlong once in the neck, severing their main arteries, and knifed Mr Wails once in the back, before stabbing Mr Young in the head, causing a deep cut that needed 28 stitches.

Saadallah turned his attention to a second group sitting nearby and stabbed Mr Edwards in the back and Mr Nisudan in the face and hands, before discarding the knife and running from the park.

The attacker had a history of mental health issues, debt and homelessness, according to court documents.

He arrived in the UK as an asylum seeker in 2012, having fled the civil war in his home country of Libya.

The 26-year-old had six convictions for 11 crimes between June 2015 and January last year, according to a 2019 Court of Appeal judgment obtained by the PA news agency.

He was originally jailed for 25 months and 20 days in October 2019 for a string of crimes but the sentence was reduced in March this year following an appeal.

Saadallah, of Basingstoke Road, Reading, entered his guilty pleas at the Old Bailey on Wednesday, while members of the victims’ families sat in court and Mr Ritchie-Bennett’s family in the US attended by videolink.

Mr Justice Sweeney told the court the defendant had submitted a basis of plea, denying substantial preparation or planning and saying he was not motivated by an ideological cause.

The prosecution says it was a planned terror attack, and prosecutor Alison Morgan QC said the case merited a whole life sentence.

The judge adjourned sentencing until the week of December 7.