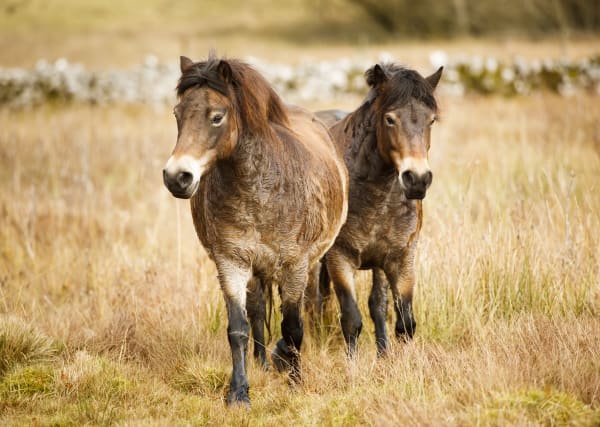 Two Exmoor ponies introduced to the heart of the Yorkshire Dales have been described as “eco warriors” by organisers of a conservation  project.

The pair – called Reddycombe and Cannerhaugh – have been moved to Malham Tarn as part of a scheme to help control invasive plants running wild in one of the UK’s most precious habitats for wildlife, according to the National Trust.

A spokeswoman said that the “two fluffy and four-legged eco warriors” will munch through the site of special scientific interest (SSSI) completely unaware of their important role in the project, carrying out conservation grazing.

The ponies will selectively favour aggressive plant species such as the encroaching common reed and willow, making room for rare plants to thrive.

This will also benefit insects, invertebrates and nesting birds on the fen and moorland of the reserve, she said.

The pair, who have come from Gait Barrows National Nature Reserve in Lancashire, will form a herd with two existing Exmoor ponies that were introduced to Malham Tarn in May 2019.

Area ranger Roisin Black said:  “We hope one day to have up to five ponies grazing on this land if the project continues to be a success.”

She added: “Our monitoring has shown that the ponies are having a positive effect in improving the diversity of plant species and controlling some areas that were becoming dominated by common reed and willow, as well as meadowsweet and molinia.

“The ponies we have are doing a great job but they’re only small, and with 43 hectares to graze there’s more than enough room for our two new additions.

“Increasing the numbers will potentially change their grazing behaviour across the site and we look forward to seeing more positive results from our herd of four.”