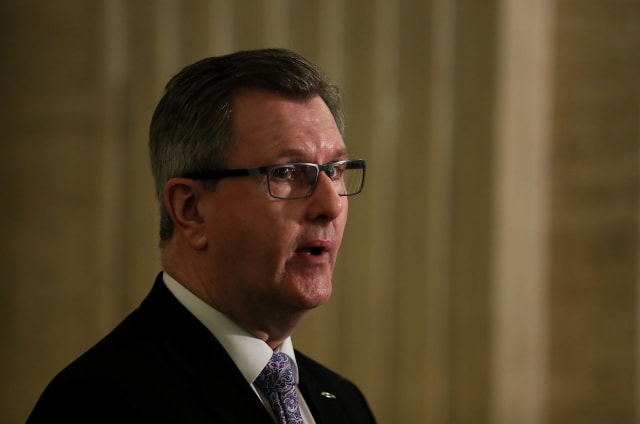 The DUP is attempting to reach “consensus” around a compromise proposal to break Stormont’s coronavirus deadlock, a senior MP said.

The ministerial executive has again failed to agree new restrictions for Northern Ireland as the clock ticks towards the expiry of the circuit-break on businesses.

Ministers will resume discussions on a fresh plan from the leader of the Alliance Party on Thursday, less than 24 hours before regulations lapse, with firms in the dark on whether they will be able to open on Friday.

Sir Jeffrey Donaldson leads the DUP’s Westminster team and told BBC Radio Ulster’s GMU programme: “We will look very carefully at what Naomi Long is proposing – and (economy minister) Diane Dodds is working with Naomi and other ministers to bring forward a proposal we hope will achieve the consensus that is required.

“I hope a decision can be made, I understand the frustration.”

The DUP has vetoed a second proposal from health minister Robin Swann to extend the circuit-break measures which forced the closure of pubs and restaurants, this time by one week.

The other Stormont parties voted down alternative proposals tabled by DUP minister Mrs Dodds that would have seen a partial reopening of the hospitality sector.

No vote has yet been taken on Mrs Long’s proposal and it is understood they will form the basis of renewed discussions on Thursday morning.

Sir Jeffrey added: “We recognise time is of the essence here – we do want to get a decision made and we will redouble our efforts. Where there is a will, there is a way.”

Divisions at the head of the powersharing administration have been laid bare over recent days as ministers struggle to agree new pandemic response measures.

Sinn Fein deputy first minister Michelle O’Neill told RTE Radio’s Morning Ireland programme that to deliver less than a two-week extension of the restrictions was to go against the public health advice.

She said: “What is happening at this moment in time is that all the other parties in the Executive, the Ulster Unionist Party, the Alliance Party, the SDLP and Sinn Fein, are all together speaking with one voice, supporting the health teams, and what we have is the DUP using a cross-community veto to block the democratic will of the rest of the Executive.”