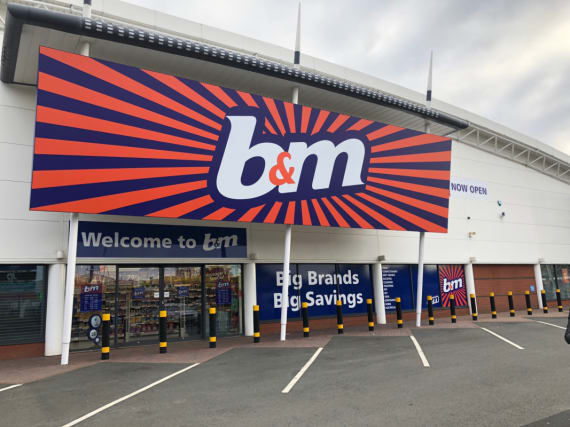 The chief executive of B&M Bargains has paid his offshore family trust £44 million in dividends as the high street discounter handed out £204.1 million of “surplus” cash to shareholders following soaring profits.

Simon Arora, who founded the business and has a 15% stake through Luxembourg-based SSA Investments, revealed a special dividend of 25p per share for investors and increased an interim dividend by 59% to 4.3p a share.

B&M has been allowed to open throughout the national lockdowns, classed as an “essential” retailer, allowing it to cash in on the closure of non-essential businesses.

It initially used the Government’s furlough scheme, but subsequently repaid £3.7 million it had claimed.

B&M said the rates holiday savings were “substantially offset” by the costs of making stores Covid-secure.

Bosses said the payout was due to the sale and leaseback arrangement of a Bedford warehouse.

The sale and leaseback model was made popular during the 1990s and 2000s by asset strippers who sold store freeholds to release cash tied up in property.

Bosses added they expect sales growth will slow in the second half of the year, but current sales for the third quarter remain at similar levels to the first six months of the financial year.

During the six-month period B&M opened nine new UK stores and closed eight – leaving it on track to open 40 to 45 sites and close 10.

Mr Arora said: “During such challenging times, we have been proud to play an active role in supporting the communities in which we operate, having created over 1,800 new jobs across the group during the past six months in addition to repaying the £3.7 million furlough support originally received during the height of the crisis.

“I am proud of the way in which our colleagues have risen to the many challenges posed by Covid-19.

“I thank them for the commitment, hard work and resilience they have demonstrated in keeping our shelves filled and maintaining an environment which is as safe as possible for our colleagues and customers.

“Despite the wider economic uncertainty and ongoing restrictions related to Covid-19, we remain confident in our business model and future prospects.”