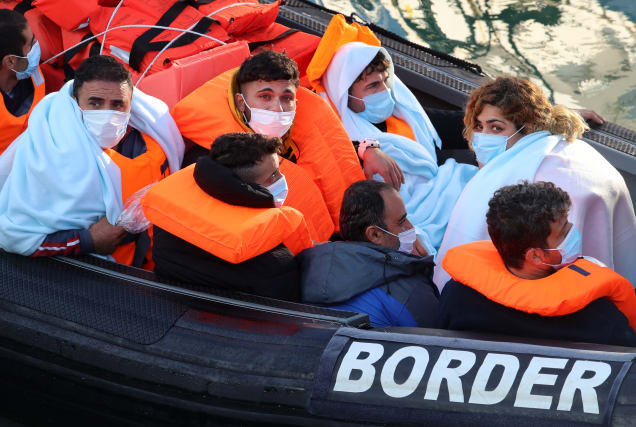 The Home Office has neither the “capacity nor the capabilities” to tackle Channel migrant crossings and the number of people smuggled into the country by lorry, a watchdog has warned.

The Independent Chief Inspector of Borders and Immigration David Bolt said there were “no signs of the threat of clandestine entry reducing and recent evidence pointed in the other direction” when he handed his findings to the Home Office in March.

The report of his inspection which examined the Government department’s handling of “irregular migrants” found coming to the UK in small boats, and “clandestine arrivals” known as “lorry drops” has now been published eight months later.

Mr Bolt said: “While the Home Office had shown some agility in marshalling and reprioritising resources in response, it is hard to avoid the conclusion that it has neither the capacity nor the capabilities, in particular in respect of criminal investigation and prosecution, required to manage this threat more effectively.”

When inspecting the sharp increase in migrants arriving by lorry in 2016, Mr Bolt found frontline staff had “coped well with the extra demands” but it meant this had to be prioritised over other enforcement activity.

A key question for his latest inspection was whether the surge in small boat crossings was having a similar effect on Home Office work, he said. In short, he said, “inspectors found that it was”.

Several teams, including Border Force’s maritime command, the immigration processing centre and enforcement investigation teams, were all “heavily occupied” with the crossings, according to the findings.

Mr Bolt said: “Some staff in these teams, as well as other agencies, expressed concerns about what was being missed as a result.”

While the Home Office has insisted the surge in small boat crossings has been due to a crackdown on security at road borders, Mr Bolt said the number of “lorry drop migrants” in the UK rose by a third in 2019 compared to the previous year.

He added: “Organised smuggling of large groups concealed in road transport continues, often with casual disregard for the risks to the migrants’ health and welfare, as evidenced by the discovery of the bodies of 39 Vietnamese migrants in a refrigerated trailer at Purfleet, Essex, in October 2019.”

He called for improvements in skills and organisation, data gathering and analysis, managing staff and working with other bodies.

But he warned none would be a “quick fix” or would seek to address wider questions on the subject – such as calls for more safe and legal routes into the country – because they were not the focus of this inspection.

Despite the delay in publishing the report, Mr Bolt said he takes “some encouragement from the Home Office’s response” including action already taken like appointing the Clandestine Channel Threat Commander Dan O’Mahoney.

Referring to an “extensive body of work” the Home Office said it was carrying out, Mr Bolt said this would require “significant ongoing commitment and effort”.

He added: “But the present situation is unsustainable so there is no real choice if the improvements in operational capacity and capabilities needed to reduce organised immigration crime are going to be achieved.”