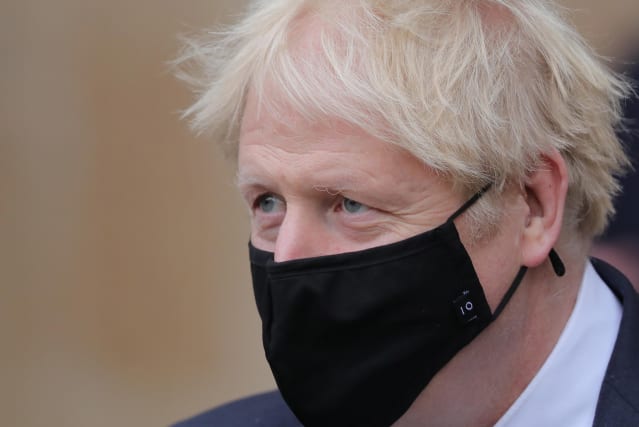 The Labour leader also pressed the Prime Minister over transparency measures in place for contracts awarded during the Covid-19 pandemic.

The Opposition cited Cabinet Office data as showing the communications company spend between January and September, adding the total does not include the cost of special advisers and civil servants working on press matters.

Mr Johnson defended the Government’s spending, including the reported £670,000 contract for public relations support for the vaccine taskforce.

The Prime Minister also insisted science has given the country “two big boxing gloves” in the form of a possible vaccine and testing, adding: “Neither of them is capable of delivering a knock-out blow on its own.

“That’s why this country needs to continue to work hard to keep discipline and to observe the measures we’ve put in.”

During Prime Minister’s Questions, Sir Keir said a £6 million package for Armed Forces charities is “insufficient”, and added: “Can I ask the Prime Minister to reconsider that support on their behalf?

“Because at the same time, we’ve all seen this weekend that the Government can find £670,000 for PR consultants. That’s the tip of the iceberg.

“New research today shows that the Government has spent at least £130 million of taxpayers’ money on PR companies, and that’s this year alone.

“Does the Prime Minister think that that’s a reasonable use of taxpayers’ money?”

“And by the way, the expenditure to which he refers was to help raise awareness of vaccines, to fight the anti-vaxxers and to persuade the people of this country – 300,000 – to take part in trials without which we can’t have vaccines.

“So I think he should take it back.”

Sir Keir pressed further on the issue, telling MPs: “This is not the Prime Minister’s money, it is taxpayers’ money.

“The Prime Minister may well not know the value of the pound in his pocket, but the people who send us here do and they expect us to spend it wisely.”

Giving the example of a company awarded “about £150 million” to produce face masks, Sir Keir said the Government has “a lax attitude to taxpayers’ money”, adding: “How many usable face masks were actually provided to NHS workers on the front line under that contract?”

Mr Johnson replied: “We’re in the middle of a global pandemic in which this Government has so far secured and delivered 32 billion items of personal protective equipment.

“And yes, it is absolutely correct that it has been necessary to work with the private sector, with manufacturers who provide equipment such as this – some of them more effectively than others.

Sir Keir also warned “thousands of people were laid off” due to the failure of the Government to make an earlier announcement about the furlough scheme extension.

He said: “The trouble is the British people are paying the price for the mistakes of the Prime Minister and the Chancellor.

Mr Johnson replied: “We have done everything that we possibly can to help.

“As for the self-employed, 2.6 million of them have received support at a cost of £13 billion. Quite right.”

The Prime Minister also highlighted the uprating of Universal Credit.