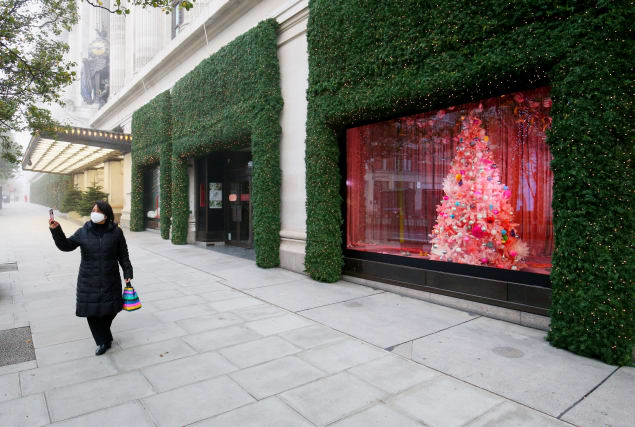 Mr Keith is currently chief at Hong Kong-based luxury retailer Lane Crawford Joyce Group. He will start as the boss of the London-based rival in February next year.

He original joined Lane Crawford in 2001 in its buying department, working his way up to vice president of merchandising in 2008 and becoming its chief three years later.

“I could not be more pleased to be joining Selfridges, with its inspiring and creative destinations that openly welcome everyone through its doors and online,” he said.

“Selfridges’s commitment to people and planet aligns to my own values and I look forward to partnering with the team to deliver exceptional destinations and experiences for our customers.”

It comes after Simon Forster, its previous managing director, left the business in February after just over one year in the role.

Mr Forster’s predecessor, Anne Pitcher, replaced him on an interim basis, but will now focus on the global Selfridge group after Mr Keith’s arrival.

It also comes amid a testing time for the retailer, which has been impacted by enforced temporary store closures and diminished numbers of tourists.

In July, it told staff it would cut around 450 jobs as it expected annual sales to be “significantly less” than last year due to the pandemic.

Anne Pitcher, managing director of Selfridges Group, said: “I am delighted that Andrew Keith is to become our new Managing Director for Selfridges & Co and will join us in February 2021.

“With Andrew’s knowledge and experience in creating exciting physical and digital destinations and of successfully leading a 170-year-old business in a rapidly changing market, we can look forward to exploring new opportunities under his leadership as we continue to reinvent retail.”