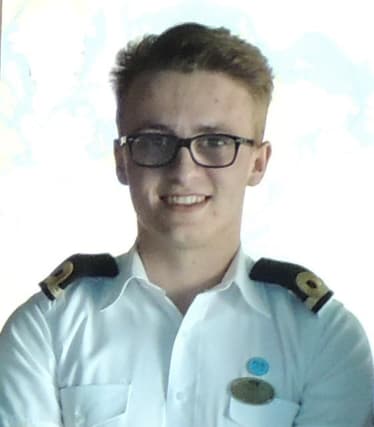 A 24-year-old sailor who saved three men from drowning has become the youngest recipient of a medal for seafarers.

Max Bingle, of Devon, was awarded the Merchant Navy Medal for carrying out the rescue mission while working as a third officer for Princess Cruises in the Caribbean Sea.

After receiving a distress call from a coastguard, he lowered a fast rescue boat and sailed in rough seas with two colleagues to reach the three men who were on a sinking boat.

Mr Bingle took the trio back to his ship, Sea Princess, where they were admitted to the medical centre.

The incident happened in July 2019.

Mr Bingle said: “This recognition is completely out of the blue.

“Everybody on board acted in the highest maritime tradition by going to the aid of fellow sailors in peril on the sea.

“Saving lives is what we are trained to do as seafarers, and I’m grateful for this recognition.”

Another recipient of the Merchant Navy Medal is Fazilette Khan, whose charity Green Seas Trust has installed nautical-themed recycling bins in coastal towns.

Maritime minister Robert Courts said: “I am delighted to announce the recipients of this year’s Merchant Navy Medal. They have all gone beyond the call of duty to provide an invaluable service to our sector and our country.

“It’s a special honour to award the medal to Max, its youngest ever recipient. He showed incredible bravery in saving three fellow sailors from drowning in rough seas, and this award is a recognition of his incredible selflessness that night.”