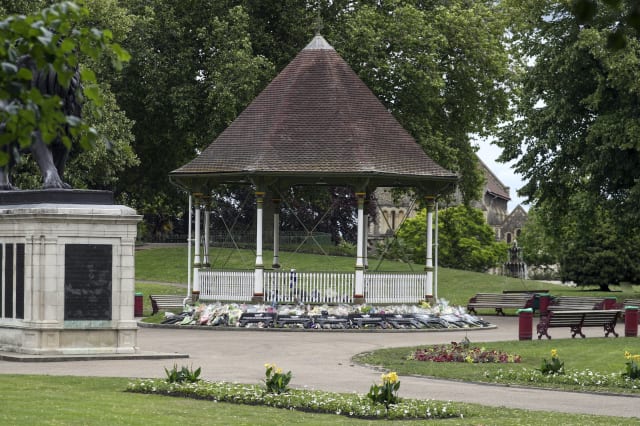 The Reading terror attacker has admitted murdering three men in a park.

Khairi Saadallah, 26, had been due to go on trial at the Old Bailey on November 30.

But at a hearing on Wednesday, he pleaded guilty to three murders and three attempted murders.

James Furlong, 36, David Wails, 49, and Joseph Ritchie-Bennett, 39, all died, while three others – their friend Stephen Young, and Patrick Edwards and Nishit Nisudan, who were sitting in a nearby group – were injured.

Saadallah, of Basingstoke Road, Reading, entered his guilty pleas in the dock of court two of the Old Bailey.

Wearing a red and white beany hat and grey jacket, the defendant’s voice appeared muffled as he spoke while wearing a face mask.

Members of the victims’ families sat in court for the hearing before Mr Justice Sweeney.

The judge told the court the defendant had submitted a basis of plea, denying substantial preparation or planning and saying he was not motivated by an ideological cause, in contrast with the prosecution case.