Professor Jonathan Van-Tam: The epidemiology expert with a touch of the everyman 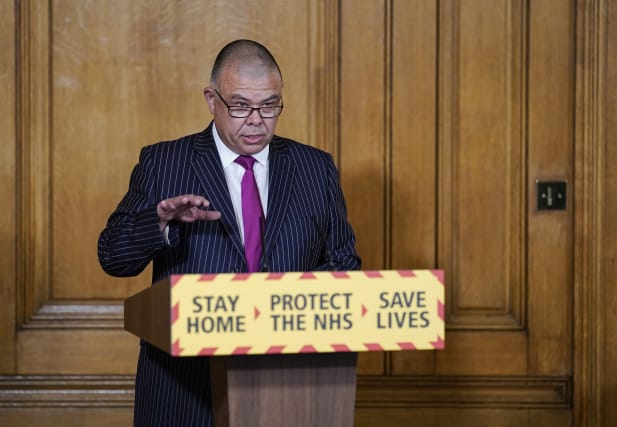 Professor Jonathan Van-Tam has been a plain-speaking voice of calm authority in uncertain times.

The softly spoken deputy chief medical officer (CMO) for England is a regular and reassuring sidekick at the once-daily Downing Street briefings.

But, where some of his colleagues prefer a slightly more dispassionate and clinical approach at the podium, the 56-year-old has endeared himself to the watching public by highlighting the personal impact of the coronavirus, peppering his answers with references to his hobbies, his ethnicity and his mother.

“I think the ‘mum test’ is very important here,” he told the Downing Street vaccine briefing on Wednesday.

“My mum is 78, she will be 79 shortly, and I have already said to her: ‘Mum, make sure when you are called you are ready, be ready to take this up, this is really important for you because of your age’.”

Prof Van-Tam, affectionately addressed as JVT by Prime Minister Boris Johnson and Health Secretary Matt Hancock among others, was appointed deputy CMO for England in October 2017 following a career which included time in the pharmaceutical and vaccines industries, as well as being a member of the Government’s Scientific Advisory Group for Emergencies (Sage).

But it is in the last year that the Lincolnshire-born epidemiology expert has become something of a household name, often appearing on television wearing pinstripe suits and distilling complex science into language the layman can better understand.

Yet he has also demonstrated a penchant for long-winded analogies.

Amid the euphoria of this week’s announcement of a possible vaccine, Prof Van-Tam – who marks the end of his input in behind-the-scenes video briefings with the sign-off “over” – drew from his own love of football to sound a word of caution.

The Boston United season ticket holder, who also has a medium-to-high-risk health condition, said: “So this is like … getting to the end of the play-off final, it’s gone to penalties, the first player goes up and scores a goal.

“You haven’t won the cup yet, but what it does is, it tells you that the goalkeeper can be beaten.”

The whole process, from a potential vaccine being discovered to its roll-out to the public at large, was like waiting for a train in the wind and rain, he said.

“I hope there’s not an unholy scramble for the seats,” he said.

“The JCVI (Joint Committee on Vaccination and Immunisation) has very clearly said which people need the seats most and they are the ones who should get on the train first.”

But he has also demonstrated a willingness to go where some others have feared to tread, telling a Downing Street press conference in May following the Dominic Cummings lockdown furore: “In my opinion the rules are clear and they have always been clear.

Prof Van-Tam has also been able to speak from personal experience about the disproportionate impact the coronavirus is having on the black, Asian and minority ethnic (BAME) community.

At a press conference in May, as data on BAME Covid-19 deaths began to emerge, he acknowledged that people would have noticed he was from an “ethnic minority group”, and added that the issue was being taken “incredibly seriously”.

“We will get to the bottom of this however long it takes us,” he said.

He again reiterated his commitment to tackling coronavirus during Wednesday’s press conference, stating he would be willing to work some evenings and weekends to deliver a coronavirus vaccine himself.

“I don’t mind telling you, I’ve had the conversation at home,” he said. “If I can help with this in some evenings and weekends doing some extra vaccinations sessions myself then I’m going to.”