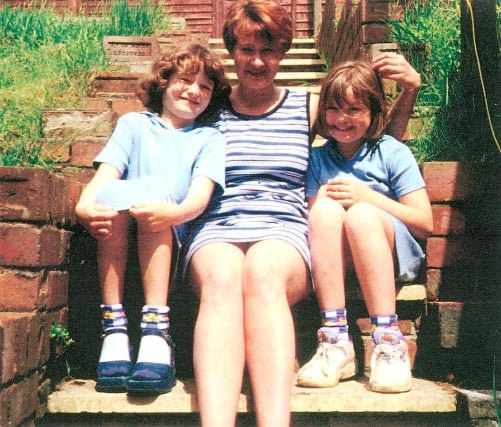 Police have spoken to two men who gave interviews to a television documentary about the murders of three generations of the same family.

Mandy Power, 34, her bed-ridden mother Doris Dawson, 80, and her daughters Katie, 10, and Emily, eight, were found dead by firefighters at their home in Clydach, near Swansea, in June 1999.

All four had been bludgeoned to death with a pole before their house was set on fire.

Former builder David Morris was jailed for a minimum of 32 years having been convicted for a second time of their murders in 2006.

An earlier conviction was quashed by the Court of Appeal when a second trial was ordered.

Morris has long maintained his innocence and last month a programme by BBC Wales Investigates questioned the safety of the conviction.

It featured interviews with two potential witnesses – one who said he had never spoken to police and the other who said he contacted police to report what he had seen but nobody ever called him back.

In a statement, South Wales Police said: “The programme featured interviews with two members of the public who claimed they had not previously spoken to police.

“As you would expect, officers have now spoken to both men to establish what information they hold.

“We are carefully assessing this information and will determine our next course of action in due course.”

Morris was arrested after the finger of suspicion wrongly pointed to Ms Power’s lover Alison Lewis.

Former policewoman Ms Lewis and her former husband Stephen, an officer with South Wales Police, were arrested on suspicion of murder a year after the deaths.

Mr Lewis’s brother Stuart, also a police officer, was arrested on suspicion of perverting the course of justice. They were all released without charge.

The Clydach inquiry was the largest and most complex murder investigation ever undertaken by a Welsh police force.

“The conviction of Morris for the murders has been considered by the Criminal Cases Review Commission on more than one occasion, the most recent being in 2018,” South Wales Police said.

“Following a thorough review of the case material they decided not to refer it to the Court of Appeal as no new evidence had been identified.”