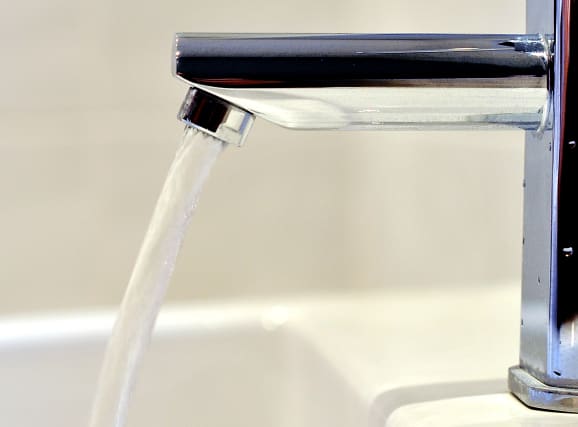 Water supplies could be delivered with net zero greenhouse gas emissions by 2030 under sector-wide plans to tackle climate change.

Slashing emissions from the sector will require measures such as producing “green gas” from sewage, which can be used to heat homes and fuel vehicles, and efforts to tackle leaks and help customers save water, the industry said.

The UK has a legal goal to cut its greenhouse gases to “net zero” by 2050, with huge cuts to emissions from electricity, transport, buildings and other sectors and any remaining pollution offset by measures to capture carbon from the atmosphere such as planting trees.

Water companies in England have committed to cut their emissions to zero overall by the end of the decade – 20 years ahead of the national target.

A new route map sets out how the UK water sector as a whole could reach the net zero mark by 2030, which the industry says will involve investment of £2-4 billion and save 10 million tonnes of greenhouse gas emissions.

Under the route map, actions by the sector include:

– New strategies to tackle leaks and help customers save water, along with smarter and more efficient systems

– Up to three gigawatts – an amount almost as large as the new Hinkley Point C nuclear power plant – of new solar and wind power, coupled with energy efficiency and storage to provide up to 80% of daily power demand

– Green gas produced from sewage waste injected into the grid to heat up to 150,000 homes, for use as transport fuels or to generate low carbon power

– Restoring 20,000 hectares (50,000 acres) of peatland and grassland which companies own and planting 11 million trees, which will all help store carbon, as well as reduce flood risk and boost wildlife habitat.

The sector says it will also need to purchase carbon “offsets” for the emissions that cannot be directly tackled by 2030.

And it is calling for the support of Government, regulators and supply chains to help it deliver on the net zero ambition.

Water UK chief executive Christine McGourty said: “This route map is a crucial step forward in setting out the industry’s vision for tackling climate change as we work towards a green and resilient recovery for society, the economy and the environment.”

Tony Juniper, chairman of government conservation agency Natural England, said: “The ambitious plans set out by water companies are in the vanguard of climate action.

“The pursuit of low carbon outcomes, combined with the recovery of the natural environment, set a powerful example of the kind of integrated solutions we need to adopt in rising to the twin challenges of global heating and nature decline.”