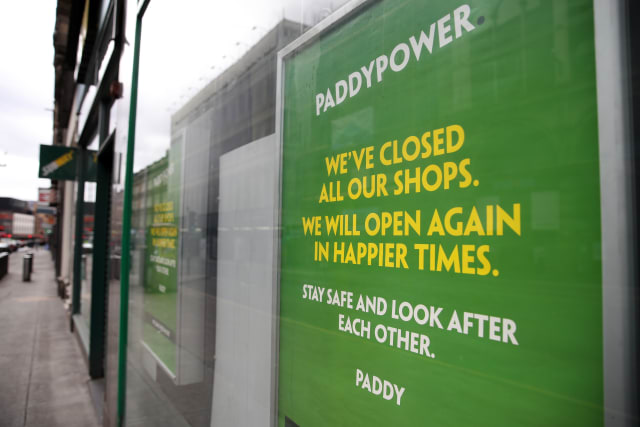 The owner of Paddy Power and Betfair will potentially do better this year than previously expected, it has announced after high numbers of customers started betting on its sites in the last three months

Flutter Entertainment said that, excluding the US, its earnings before interest, tax depreciation and amortisation (Ebitda) will hit up to £1.35 billion across the year, up from past guidance of £1.325 billion.

Bosses also increased the lower end of guidance by around £100 million to £1.275 billion.

“Flutter’s performance in the third quarter exceeded our expectations in both sports and gaming,” said chief executive Peter Jackson.

In the US, Flutter expects to make an Ebitda loss of between £160 million and £180 million, worse than previous guidance of £140 million to £160 million.

In the UK and Ireland, Flutter’s Paddy Power and Sky Betting and Gaming (SBG) gained market share, growing revenue by 32% and 26% across the quarter.

Mr Jackson added: “We are now a truly global business with significant scale. As such we are in a unique position to respond to the many opportunities we see across our growing markets.

“Looking ahead, whilst the outlook with respect to Covid-19 remains uncertain, we are confident that our business is well positioned to capture further growth in a sustainable and responsible way.”