New chief of staff speculation: Tory calls for someone to ‘get hold of’ 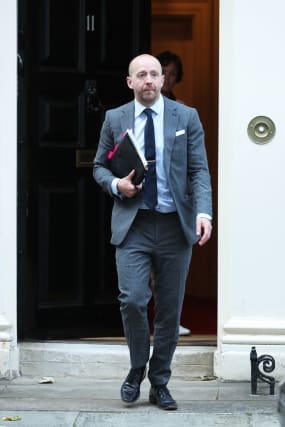 A senior Tory backbencher has said MPs need somebody to “get hold of” in Number 10 amid speculation Boris Johnson is to appoint his communications director as Downing Street chief of staff.

Mr Johnson may appoint Lee Cain to the pivotal position after criticism from some Conservative MPs over how the Government has handled a number of policy and Covid-related situations, it was claimed.

Senior member of the influential 1922 Committee of backbench MPs, Sir Geoffrey Clifton-Brown, said MPs needed somebody to “get hold of” in the seat of power.

Declining to comment on speculation about Mr Cain, Sir Geoffrey told the PA news agency: “I think it is essential for the Prime Minister to have a chief of staff.

“Somebody we can get hold of if we really need to.

“I think it is a good thing that somebody would keep an overall view on it.

“I think it’s important to have a chief of staff.”

Speaking during a visit to a Tesco distribution centre in south east London on Wednesday, Mr Johnson refused to be drawn on the reports.

“I have got lots of fantastic members of staff. As soon as there is any further announcements to be made about that you will be hearing in due course,” he said.

Sir Keir Starmer said the public want Downing Street to be focusing on getting coronavirus under control and not power struggles within No 10.

The Labour leader told reporters: “I think on the day when we’ve reached this grim milestone in relation to the number of people who have died from Covid-19 the idea of power struggles going on behind the doors of No 10 is not what the public want to hear.

“They want to know that everybody in No 10, everybody in Government, is focusing on getting the virus under control.”

Former journalist Mr Cain was a prominent member of the Vote Leave campaign during the 2016 EU membership referendum.

Mr Cain worked with Mr Johnson when he was foreign secretary and was involved in his campaign to succeed Theresa May as prime minister.

The Prime Minister’s chief adviser Dominic Cummings is reportedly not interested in obtaining the post of chief of staff.

Mr Johnson has faced criticism from some Tory backbenchers in recent months over the Government’s strategy on dealing with the coronavirus crisis.

The BBC reported suggestions that Mr Johnson’s fiancee, Carrie Symonds, was “unhappy” about such a move for Mr Cain.

A Number 10 spokesman said: “I’m not going to comment on the speculation today about personnel matters in Number 10 I’m afraid.”