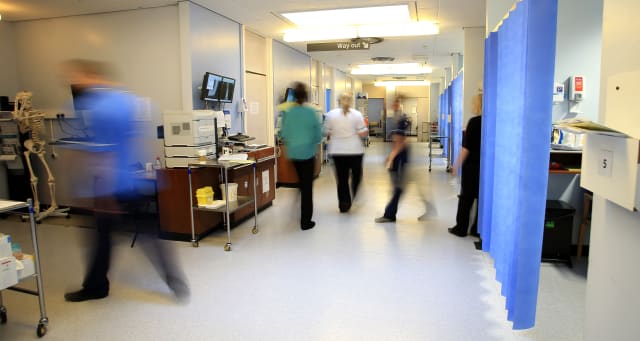 Inadequately staffed maternity units with high workloads and poor infrastructure are leading to potentially fatal delays during birth, a report has found.

Research by the Healthcare Safety Investigation Branch (HSIB) highlighted the need for improvements to reduce delays to critical interventions during birth.

The report was compiled following a review of 289 maternity investigations examining deaths that occurred during birth, neonatal deaths and brain injuries in newborn babies.

It found in 14.9% of cases, delays were a contributory factor.

The HSIB study found delays were an “organisational issue” and not due to individual staff.

In one case, a mother in her first pregnancy who was initially assessed as low risk began experiencing irregular contractions.

After multiple calls to her maternity unit, and despite initially being sent home, she eventually delivered a baby via caesarean section.

But the baby had suffered a brain injury caused by an inadequate supply of oxygen to the brain and died a month later.

The report found delays to treatment had been caused due to a full labour ward, with midwifery staff relocated from other areas and a lack of communication between different shifts.

It said: “The mother’s distress about her ongoing painful contractions and progress of her labour was not escalated as there was a reluctance to further burden the already stretched obstetric team members, who were involved in emergencies.”

Another baby died five days after an “extremely large” feto-maternal haemorrhage, with delays caused by a lack of beds and “extremely busy” triage area. Despite being born with anaemia, this was not communicated with the neonatal unit, which delayed the commencement of a blood transfusion.

The HSIB observed two NHS trusts and interviewed staff, advisors and those working at national level in maternity safety.

Several key national reports on maternity safety were reviewed as part of the investigation and findings from the Each Baby Counts programme and HSIB’s investigations suggest that there are recurring themes that underpin delays.

As a result, a recommendation has been made to the Care Quality Commission (CQC) to assess factors such as teamwork and psychological safety in the regulation of maternity units.

It also set out a series of questions for units to identify improvements that could be made, including how issues with staffing and workload are escalated, if regular ward rounds are completed and if senior trust personnel are involved in the unit.

Gill Walton, from the Royal College of Midwives (RCM), said the report echoed what the RCM had been campaigning for, adding: “Too often when things go wrong the finger is pointed at individuals when it is often the systems they work in that can place staff and the people they care for in unsafe conditions.

“We also have chronically understaffed maternity units where senior midwives who should have hands-off supervisory safety roles have to work hands-on, compromising safety.

“Extremely busy maternity units with inadequate staffing will also struggle to do the training and team reflection recommended in this report.

“Maternity services must be funded so that we have leaders who are free to lead and organise services.”

The RCM is calling for every maternity service to have a director of midwifery in hospital senior management.

Dr Louise Page, maternity clinical advisor at HSIB, said: “Our approach with this investigation was to understand what can help things work well and examine factors within a maternity unit that can promote consistent safe performance despite the fluctuating demands of circumstances.

“The investigation also identified that there may be opportunities to share learning from trusts that had made changes that had appeared to have a positive impact on managing the risk of delays.”