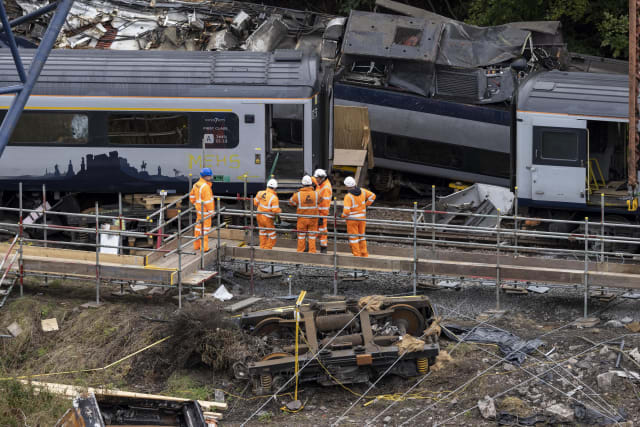 An appeal fund set up for the families of the three people who died in the Stonehaven rail accident has raised more than £142,000.

Unions which set up the fund said they have been “overwhelmed” by the support from the public.

Kevin Lindsay, Aslef’s organiser in Scotland, said: “I am humbled by this total, which is a magnificent effort by our members, our branches, and our fellow trade unionists.

“Whilst money will not bring back, to the families, their loved ones who died at Stonehaven, it will help them to deal with many of the practical matters and difficulties they will face.”

Mick Hogg, regional organiser of the Rail, Maritime and Transport (RMT) union, said: “This is a true testament to the solidarity of railway workers, their families and friends. The money will help the families, but we will continue to campaign to make the railway safer.”

RMT general secretary Mick Cash thanked union officials who had set up the fund, saying they have helped ensure that those who lost their lives in the tragedy will never be forgotten.