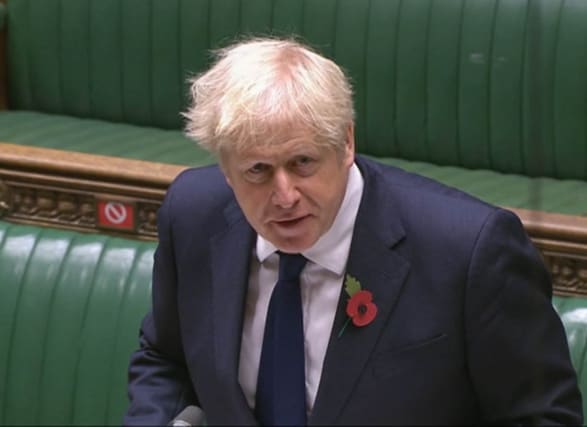 Boris Johnson has pledged to have the coronavirus vaccine as England’s deputy chief medical officer said he would be happy to work evenings and weekends to vaccinate people himself.

Number 10 said the Prime Minister would be willing to have the jab after Professor Jonathan Van-Tam said he had told his own mother to get ready to receive the vaccine.

The PM’s official spokesman said: “Any vaccines which are determined for use will undergo a vigorous series of safety checks, they will be absolutely safe for the public to use.

“And the Prime Minister would therefore, of course, be very happy to take the vaccine himself.”

During Prime Minister’s Questions in the Commons, Mr Johnson said science has given the country “two big boxing gloves” in the form of a possible vaccine and testing.

Prof Van-Tam told a Downing Street press conference that Britain is poised for the “most important vaccination programme we’ve done for decades”.

The 56-year-old said he has a health condition that puts him at “medium to high” risk from Covid-19 but he will wait his turn to be vaccinated, with priority given to the elderly.

Asked whether high-profile Government figures such as himself or the Prime Minister should have a vaccine first to prove to the public it is safe, Prof Van-Tam said he would be “at the front of the queue” if he was allowed.

“If I could, rightly and morally, be at the very front of the queue, then I would do so because I absolutely trust the judgment of the MHRA (Medicines and Healthcare products Regulatory Agency) on safety and efficacy,” he said.

“But that clearly isn’t right, we have to target the most highest risk individuals in society and that is how it should be in terms of our system.

“If I could be at the front of the queue, then I would be.

“I think the ‘mum test’ is very important here.

“My mum is 78, she will be 79 shortly, and I have already said to her, ‘Mum, make sure when you are called you are ready, be ready to take this up, this is really important for you because of your age’.”

The professor said he is willing to help vaccination efforts personally in a bid to ensure people receive a jab as quickly as possible.

“And from that perspective, I don’t mind telling you, I’ve had the conversation at home. If I can help with this in some evenings and weekends, doing some extra vaccination sessions myself, then I’m going to.

“That’s a given if I can get on the list and be useful.”

Prof Van-Tam was unable to say whether lives would be back to normal by Easter thanks to vaccines, adding that it is not yet clear if they prevent onward transmission of the virus or just stop individuals falling ill.

But he said: “I think I can tell you that I’m very hopeful that, over time, vaccines will make a very important difference to how we have to live with Covid-19 in the long run.”

Offering reassurance on the Pfizer/BioNTech vaccine, of which the Government has ordered 40 million doses, Prof Van-Tam said he is confident the NHS can “move at pace to keep up with the volumes” supplied.

Also in the briefing, Dr June Raine, chief executive of the MHRA, said “there is absolutely no chance” the organisation will compromise on standards of safety or effectiveness when it comes to vaccines.

Earlier, Professor Robin Shattock, from Imperial College London, said the UK needs “a toolbox as full as possible” of different vaccines and added that several may come on stream shortly.

He said he is “really hopeful” that Oxford University and AstraZeneca’s vaccine will report its results soon, with others following shortly after.

He told BBC Breakfast: “All these vaccines will have different levels of immunity and may be useful for different populations, so we need as many vaccines as possible to be able to combat this pandemic, and make them globally available.”

An Imperial College vaccine Prof Shattock is working on uses a similar technology to that of Pfizer and BioNTech, whose interim data on Monday showed their jab can prevent more than 90% of people from getting Covid-19.

Responding to Pfzer’s news, Prof Shattock said: “It’s still early but this is the first evidence this is a vaccine-preventable disease and that is a big boon to everybody working on vaccines.”

Asked what stage the Imperial vaccine is at, Prof Shattock said his team will select the final dose next month and will then begin larger clinical trials in the UK, with the potential of seeking regulatory approval next summer.

On whether vaccines are safe for people with underlying health conditions, Prof Shattock said safety in these groups will be closely monitored.

“That’s another reason why we need a range of vaccines, because some vaccines may work better in people with different underlying conditions,” he said.

“It’s important to have a toolbox as full as possible, so we can make sure there is something that works for everybody.”

Prof Shattock also sought to reassure people generally that vaccines are safe, saying the long-term side-effects of Covid-19 are “way more dramatic” than those from a vaccine.

“That equation is very clear in my mind,” he said. “Vaccines are exceptionally safe medicines and they prevent really serious disease.”

GPs have said they will need support to deliver the vaccination programme as health bosses acknowledged some other family doctor services may need to be scaled back.

Professor Martin Marshall, chairman of the Royal College of GPs, said existing pressures mean family doctors will need help from colleagues to manage the vaccination programme, which is set to be ready to roll out from December 1.

The chief medical officers of England, Scotland, Wales and Northern Ireland, the NHS, the General Medical Council and the medical royal colleges have written to doctors saying the second wave of Covid-19 will be gruelling.

The letter, tweeted by England’s chief medical officer Professor Chris Whitty, said the second Covid wave “may well be prolonged throughout the winter period, with wide local variation and fluctuation in cases, requiring a sustained response from the whole profession”.

“This will be gruelling professionally and personally,” he added.