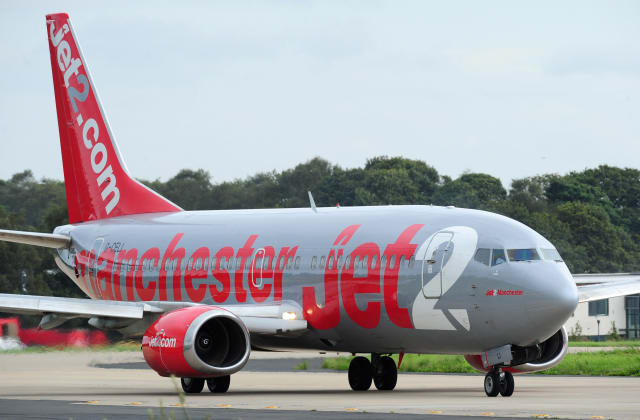 Travel firms’ failure to issue prompt refunds for cancelled holidays is “a bit like theft”, according to the boss of Jet2.

Steve Heapy, chief executive of the airline and tour operator, said delays in making payouts during the coronavirus pandemic has given “a very bad impression” of the travel industry.

He expressed hope that his firm’s commitment to paying timely refunds will be rewarded with future bookings.

Recent analysis by consumer group Which? claimed more than £1 billion is being withheld in partial or full refunds from package holiday customers.

In July, the Civil Aviation Authority published a report stating that Virgin Atlantic, easyJet, Ryanair and Tui were among the airlines which initially either did not offer cash refunds or had large backlogs of requests.

The CAA said its discussions resulted in those carriers changing their practices.

Jet2 was found to be the only UK airline consistently processing cash refunds quickly from the outbreak of the virus.

In an interview with the PA news agency, Mr Heapy said: “Some companies in the travel sector have not been refunding customers, which I think gives a very bad impression for the travel industry as a whole.

“We’ve respected that it’s customers’ money at the end of the day, and they should have it back. That’s been our guiding principle.

“We have given our customers their refund as quickly as possible and I think they will remember that.

“Going forward, people may want to book with a company they know they’re going to get their money back from if there’s no holiday to be provided.

“We have no problem refunding our customers’ money. At the end of the day it’s theirs. Not refunding the money, well, it’s a bit like theft really.”

Jet2 will open its 10th UK base at Bristol Airport on April 1 next year, operating up to 56 weekly flights.

It will serve 29 destinations in the summer and 11 in the winter.

Mr Heapy, who has led Jet2 since 2013, claimed there is “a hell of a lot” of pent-up demand for overseas holidays.

“People want to get away and have their bit of sunshine,” he said.

“When destinations have been opened up, such as the Canaries a few weeks ago, we saw demand go through the roof.

“People just wanted to get away, get a bit of sun and have a change of scene.”

The amount of flights operated by Jet2 this winter will be “significantly down on last year”, Mr Heapy said.

“We’ve just got to sit tight and hopefully wait for the lockdown to finish and people to be allowed to go away again.”

On Monday, Transport Secretary Grant Shapps said the Government is making “very good progress” in developing a testing regime which would reduce the 14-day quarantine period for international arrivals.

It will be launched “once we’re out of this lockdown”, he told an airports conference.

Mr Heapy said shorter quarantine periods would boost air travel, but the introduction of a Covid-19 vaccine will be “a silver bullet”.

He went on: “In the longer term, I think we’ve all got to hope that the vaccine will be made available to the wider population and distributed to everyone so we can all get back to normal life.

“I’m not one of these people that subscribes to the new normal. I want the old normal back, there was nothing wrong with it.”