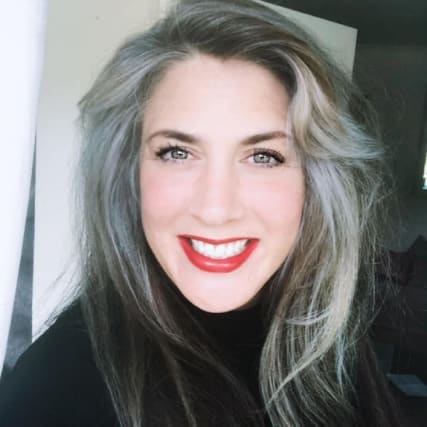 A single mother who fell into debt trying to pay her childcare costs upfront is bringing a legal challenge to the Government’s policy of only reimbursing money once it has been spent.

Nichola Salvato tried to return to work full-time in her role as an adviser to a housing association once her daughter turned 10. But she found herself relying on payday lenders to pay for care.

Currently the Department of Work and Pensions (DWP) will only refund parents and carers 85% of their childcare costs through their Universal Credit payments once it has received proof of payment.

Ms Salvato, 48, from Brighton, eventually had to reduce her working hours so she could pay for childcare herself.

She is now bringing a judicial review against the policy, arguing that the money should be paid to parents in advance as long as they have proof that they are liable for the payments.

Ms Salvato’s case is being supported by Save the Children, the Professional Association for Childcare and Early Years (Pacey), and Gingerbread, a charity supporting single parent families.

Around 83% of households receiving the childcare element of universal credit are single parents, the High Court in London heard, and 90% of lone parents are women.

In a remote hearing on Tuesday, Chris Buttler, Ms Salvato’s lawyer, said the current situation was a “catch-22” for parents that locks them out of the labour market.

The DWP said in written submissions that, as well as incentivising work, Universal Credit was designed to reduce error and fraud, which it claims was a big problem for the previous benefits system.

It said £390 million was lost to fraud or overpayments in the financial year 2008-2009 – a quarter of all funds paid out as childcare working tax credits.

But Mr Buttler highlighted the fact that the housing cost element of Universal Credit is calculated on liability for payment, rather than proof of payment.

He quoted the Government’s white paper on its flagship policy, which states it was designed to “encourage behavioural change, incentivise work and make the system simpler and fairer”.

Mr Buttler said the situation is only expected to get worse for single parents.

Currently, 54% of welfare recipients are on Universal Credit, while the remainder are still on “legacy benefits” from the previous system.

The migration of everyone on to the new system is expected to be completed by September 2024.

Mr Buttler said the way childcare payments are currently made is undermining Universal Credit’s aim of “encouraging and supporting parents seeking to move into or advance within the workplace”.

Ms Salvato said: “I hope the case will result in a change to the system that will help all working parents to advance within the workplace and especially to be able to face the school holidays.

“Parents should be able to work without the constant worry of how they are going to juggle work and keeping their children safe and well cared for, without the fear of falling into debt.”

Becca Lyon, head of child poverty at Save the Children, said: “All of us believe that women should have the same opportunities to go to work as men.

“But not only are women already shouldering most of the burden of childcare, they’re now also being held back by a system which forces them to run up debts of thousands of pounds if they choose to go to work.”

She added: “Changing the way childcare payments are made could make a huge difference to families on low incomes, giving them the opportunity they need to go back to work and boost their pay.”

The hearing is due to conclude on Thursday.