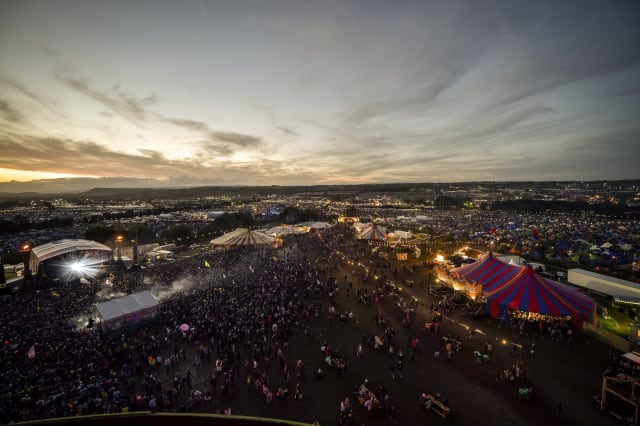 Four Land Rovers will be converted from diesel engines into electric and will be monitored to assess performance against the cost and environmental impact.

The Somerset site has already introduced solar panels and an anaerobic digestor, which help create clean and renewable energy to support the farm, local houses and elements of Glastonbury Festival.

This power will also be used to charge the new electric Land Rovers.

Scientists from Cardiff University are working with Electrogenic, a company that specialises in converting classic vehicles into 100% electric vehicles, on the £348,564 project.

Professor Carol Featherston, from Cardiff University’s School of Engineering, said: “We’re really excited to be able to work alongside Worthy Farm and Electrogenic to develop these electric vehicles and to support the brilliant green initiatives that are already taking place on the farm.

“Most farms have a number of vehicles undertaking different tasks at any one time, and so being able to gather data on actual vehicle usage patterns, energy usage and charging requirements on a working farm as part of this project will enable us to develop a blueprint for how four-wheel drive vehicles can be converted to electric in a cost-effective way with as little environmental impact as possible.”

In the UK, Land Rovers are widely used by farmers and landowners due to their performance and longevity but almost all of them use diesel.

There is currently no electric-powered version of the Land Rover that is close to being available on the market, the scientists say.

As part of the project, the team plan to invite farmers from across the UK to Worthy Farm to experience the electrification process.

“By encouraging farmers to engage with us, we hope to lay the foundations for widespread vehicle conversion across the country,” Prof Featherston said.

The team then hope to move to a larger trail involving many more vehicles.

“We have put together two specifications based on our experience, and deploying them on a working farm will give a real insight into how to keep costs down by not over-engineering the conversion,” Mr Drummond said.

“The vehicles will be tested throughout the winter, working every day in the worst that the weather can throw at them, so we are looking forward to a lot of good, clean fun.

“The end-product will be a fully documented, cost-effective way of going off road all-electric.”