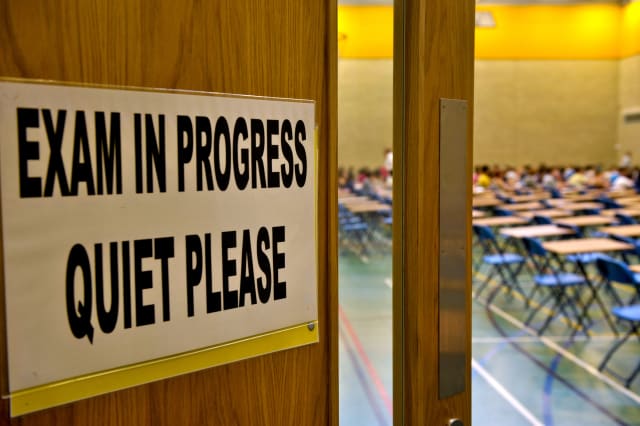 Schools are worried that a significant number of students would not return to class for the rest of the academic year if this summer’s exams were cancelled, the chief inspector of Ofsted has said.

Amanda Spielman has warned that scrapping A-level and GCSE exams could do “real harm” and said she has not seen any evidence to suggest taking the same approach as last summer would be “sensible”.

Her comments came just before it was announced that end-of-year exams in Wales will be scrapped in 2021.

GCSE, AS-level and A-level exams will be replaced by coursework and assessments amid ongoing disruption to schools caused by coronavirus, the Welsh education minister Kirsty Williams said.

In England, the Government has committed to next year’s A-level and GCSE exams going ahead, but most exams will be pushed back by three weeks to give pupils more time to catch up on their learning.

When asked whether she approved of the plans to push ahead with exams in England amid the pandemic, Ms Spielman told the Education Select Committee: “I have not yet seen anything that suggests that pulling exams as we did last year is the sensible default route to go down this year.”

Her comments come after the fiasco around grading of GCSE and A-level students this summer, when end-of-year exams were cancelled amid the pandemic and school closures.

Ms Spielman, who is also chair of a new committee which is overseeing the work of exams regulator Ofqual, told MPs: “I think it’s very important before making sudden, drastic changes in how a system works to think about how it will go down at the receiving end with children and parents.

“One of the messages that came across really strongly from young people themselves last summer in the face of the calculated grades model was how much they resented not having the chance to show what they could do for themselves.

“There were many, many who believed that they could do better than their teachers had suggested that they could, so taking away the opportunity of young people’s own agency in demonstrating what they can do is something that we should think very carefully (about) before doing.”

Addressing MPs, she added: “We also know that many, many schools strongly believe that with so much of the structure and motivation for young people having been designed around exam specifications, to say at this point ‘well, we won’t do that’, many schools fear that a large proportion of older students simply wouldn’t return to school for the rest of the academic year.

“So if you pull out something that is a pillar around which the system is organised without something else in its place, you could well end up doing, possibly inadvertently doing, real harm, so these are decisions with many, many consequences.”